Well, it's the final day of the Tree Bird Blog Hop and it's been great fun.
I enjoyed making the quilt and sharing the tutorial for wonky 9-patch blocks last week.  If you missed it or want to take another look, you can find it HERE!

And I enjoyed sharing some of my bird card collection with you.  I don't have an exact count, but I have close to 800 different cards.  These two are from a group I discovered quite by accident.  They were distributed by the G. E. Marsh Company with their Good Will Soap.  They were located in New England and the product's distribution must have been limited since all the cards I've found have come from that region of the USA. 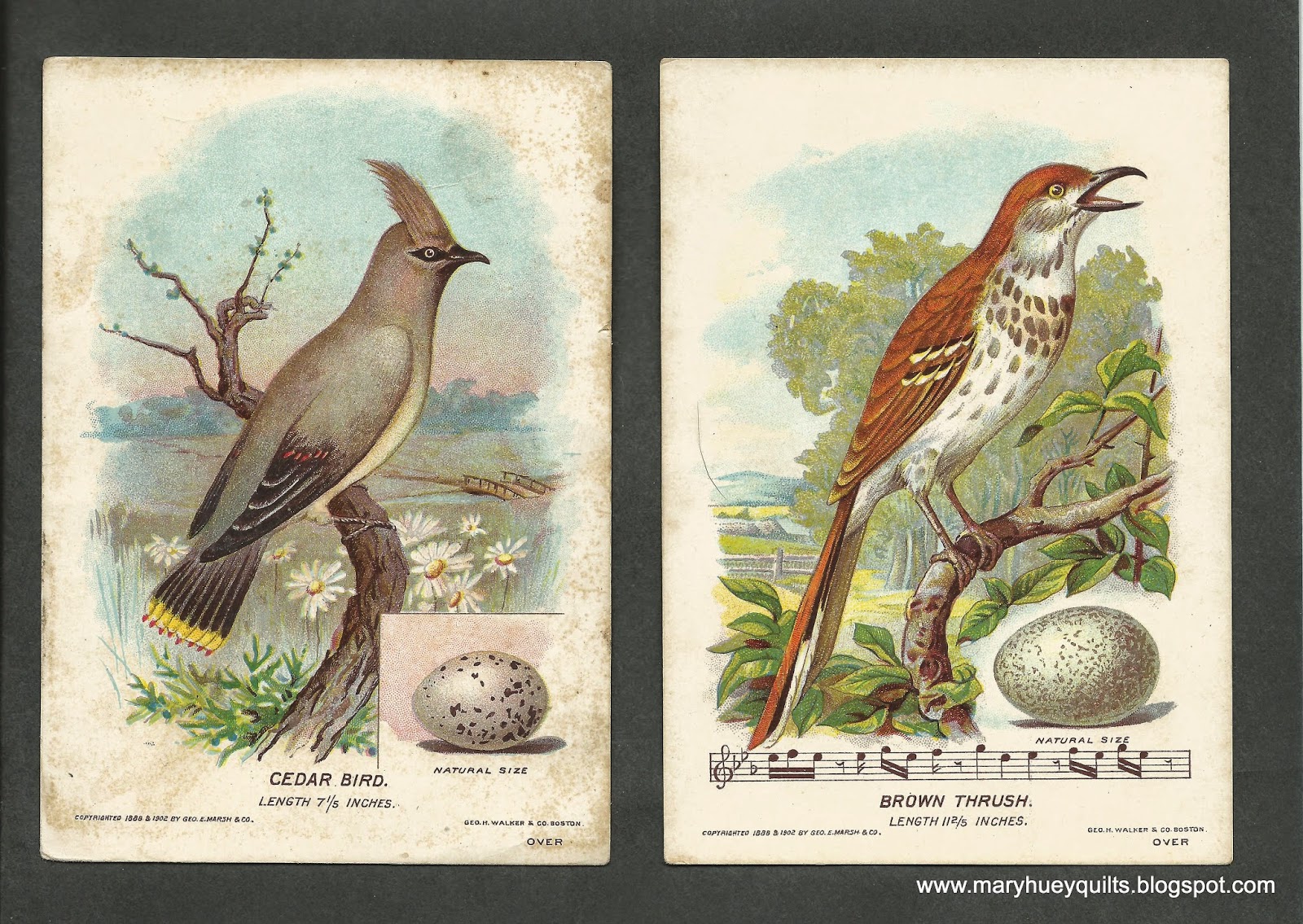 The copyrights on these are 1888 and 1902.  The artist's name is lost in history but all the cards in the series seem to have been painted by the same person.  These two cards are from the last group offered by the company and included life size illustrations of their eggs and a musical rendering of their song.  The editor of the cards did not attempt the "cedar bird's" song which is described as a "high, thin list" in Peterson's Field Guide (my go-to field guide).  It's interesting to me that they attempted to "write down" the song of the Brown Thrush (we call it a Brown Thrasher today).  They are champion song mimics and some scientists give them credit for knowing several hundred songs. 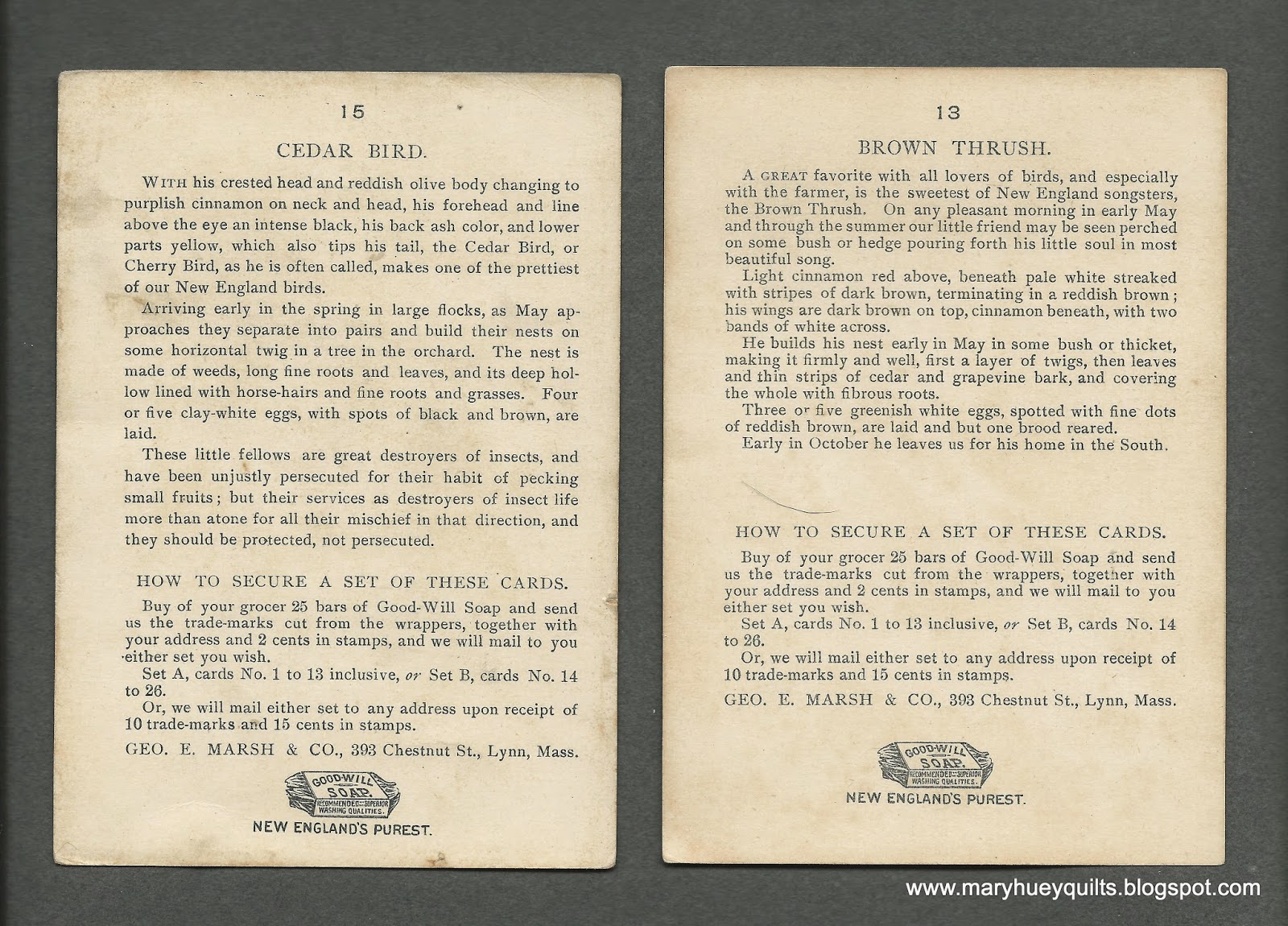 If you read the descriptions on the backs of the cards, they are rather romantic and that is typical of natural history writing in the early 1900's.  The beauty and usefulness of birds was the way to win people over to their admiration and the new breed of conservationists used that strategy extensively during the birth of the movement in this country.

There are still some creative stitchers out there eager to share their creations with all of us, so let's take a look!