Back at the beginning of January, I confidently shared the goal (HERE) of quilting three tops from my big stash of finished quilt tops!!  I just checked over at On the Windy Side where the "linky" party for the first quarter of 2015 has started and so far there are 127 finished projects ready to be viewed!!  That's exciting!!

I've had a busy and productive three months!!  I finished a quilt to enter in the regional quilt show at Lake Metroparks Farmpark.  I kept up with my Stash Bee commitment each month.  I contributed to three of the pieces in my round robin group (I'll be sharing that in a couple weeks).  I met my Tree Bird Blog Hop commitment and ended up with a terrific wallhanging!!  I dealt with three rather old UFO's as part of the allpeoplequilt.com's UFO Challenge 2015 (finished one, sent one out to be quilted, and selling one as is).  I made three charity quilt tops from my stash shelves (the beiges, the pink, and the greens) as I continue to #sewmystash2015.   And I cranked out four new teaching samples?

But I only finished quilting one of those three targeted quilt tops?!?  At least it was the oldest of the three!!  I'm not sure, but it must date to the late 80's?  And now it's all finished!! 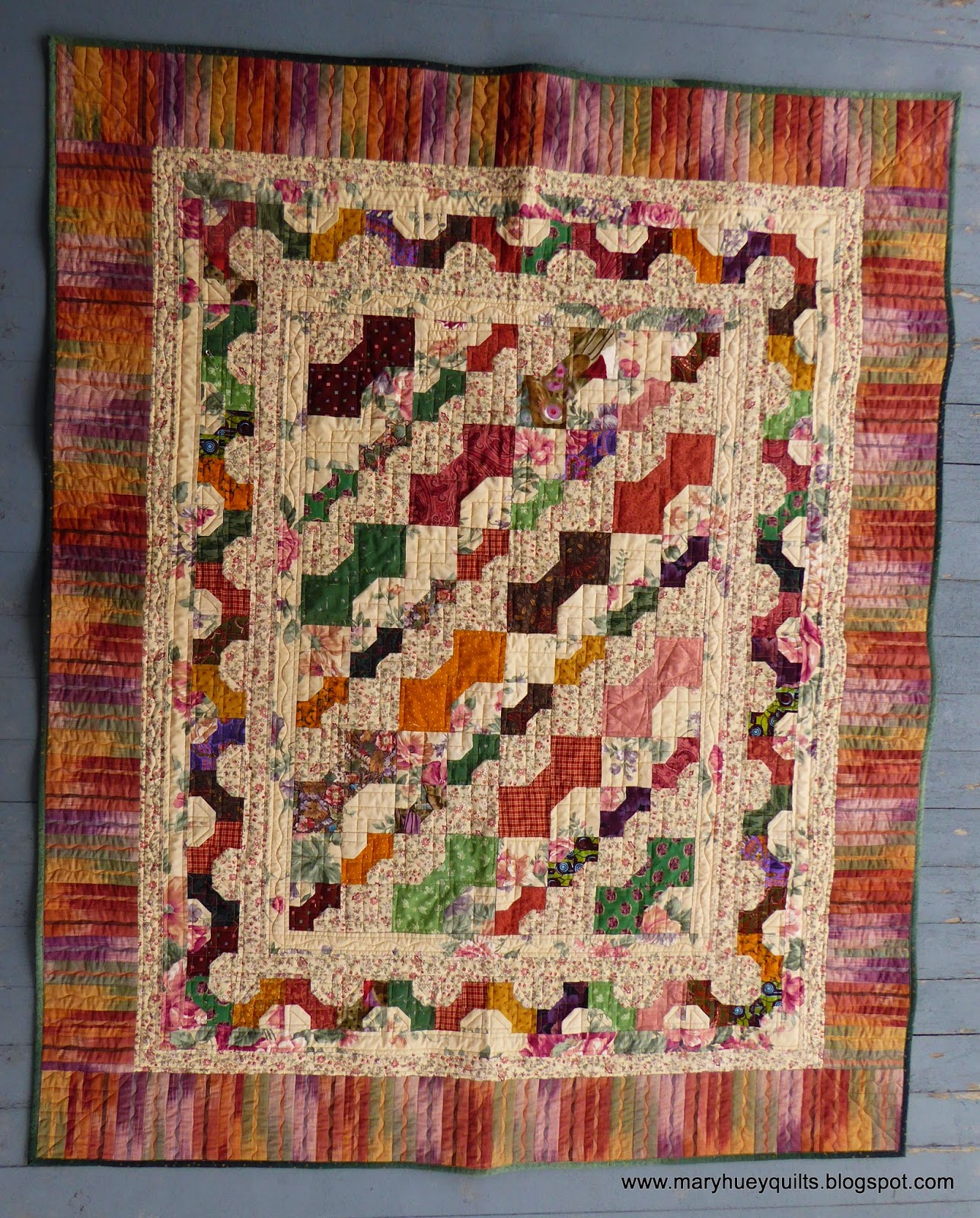 I especially like the border quilting.  I intended to do just straight lines on the stripes about 1 1/2" apart but quickly decided that was boring and added the squiggly lines between the straight lines.  Need to use that idea again!!

It's for my daughter to decide the quilt's fate -- to keep it or share it. 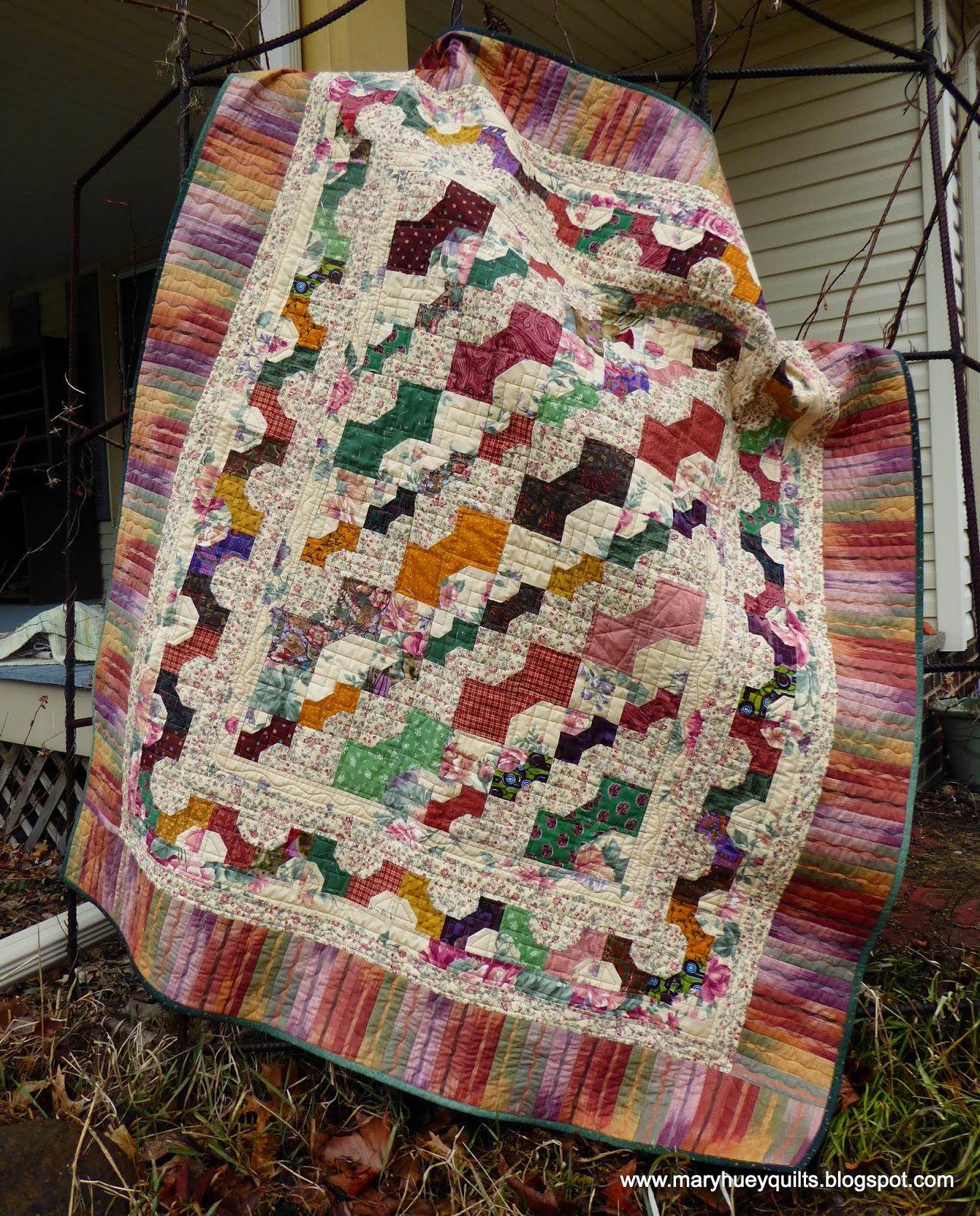 And what about the other two?
Well, Harry is hard at work (?) pondering just how to quilt the teacup quilt.  I've ditched along the edges of all the blocks and have designed a wreath of leaves for the crazy pieced blocks, but the teacups have me stumped at the moment. 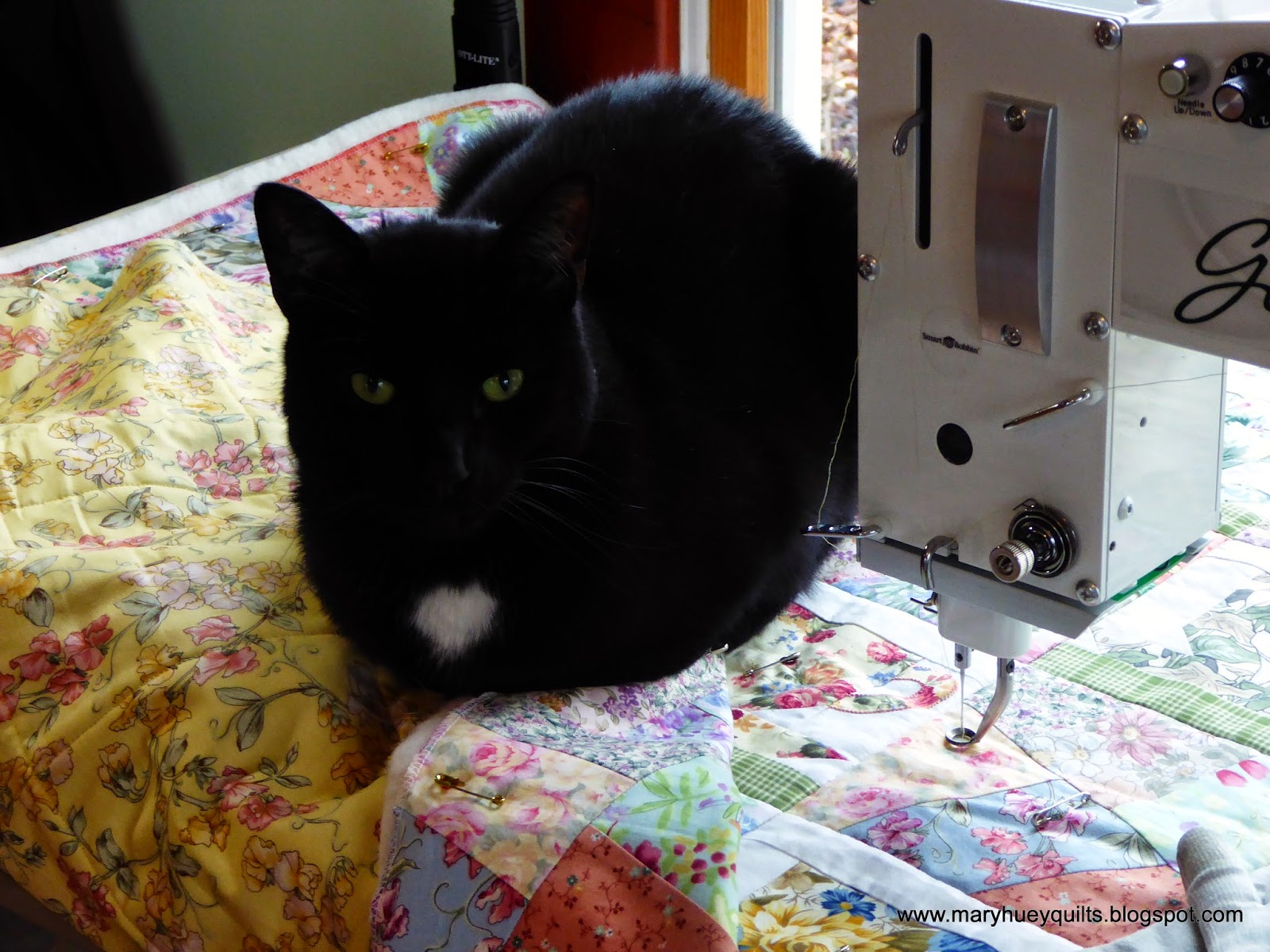 And the third quilt which will be donated to some good cause is layered and ready to start!! 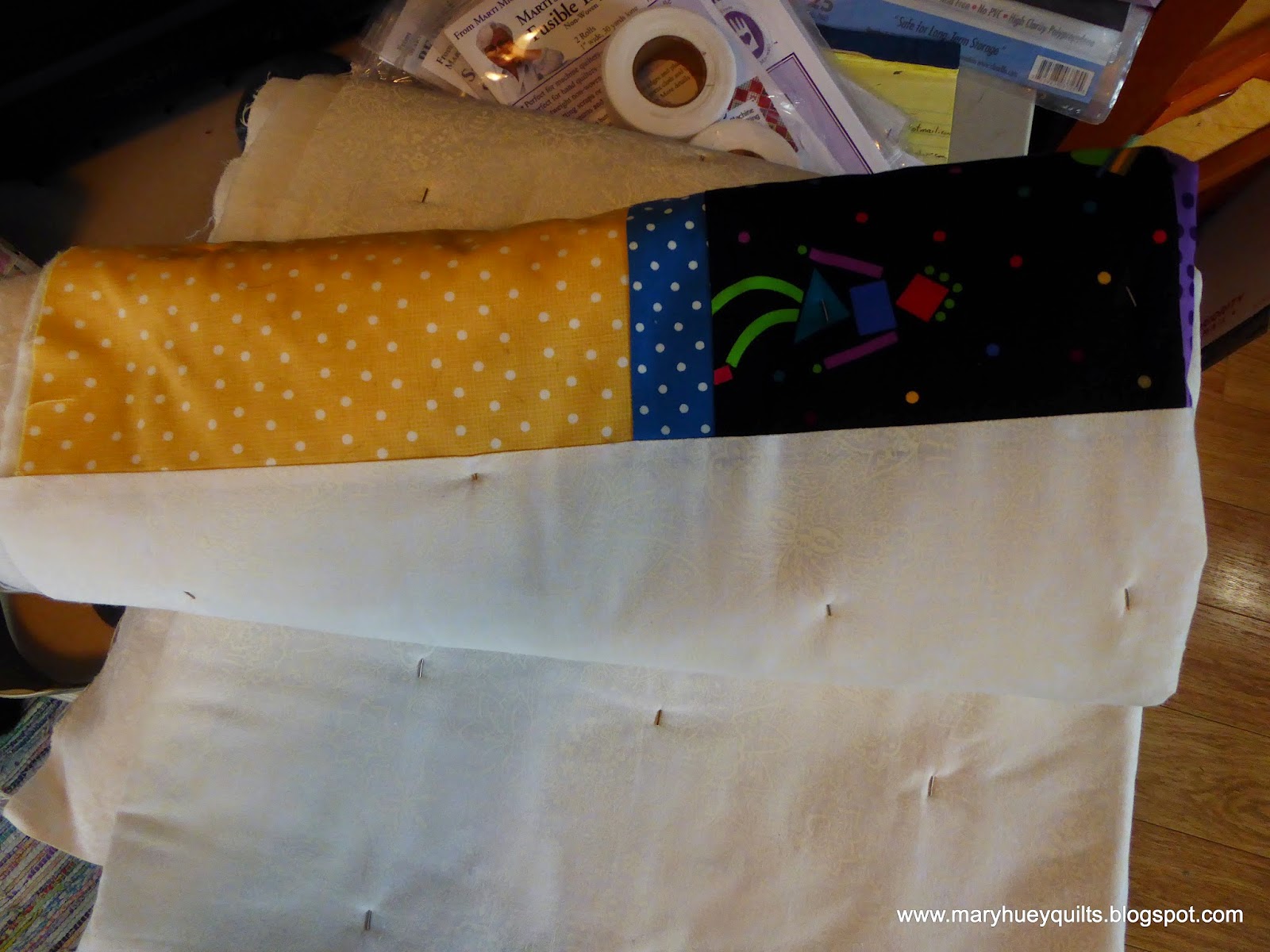 And I'm left to contemplate once again why it's so difficult to get back to work on UFO's.   Obviously my interest in them is the issue as I'm still able to move through newer projects smoothly.  Will I set second quarter goals?  Yes, but I'm going to contemplate them for a few more days before shouting them out!!
Time to visit the first quarter linky and see what other quilters have accomplished!!
Mary Huey
www.maryhueyquilts.com
at March 31, 2015

Email ThisBlogThis!Share to TwitterShare to FacebookShare to Pinterest
Labels: 2015 Finish Along