Welcome to the first day of the TREE BIRD BLOG HOP organized by Madame Samm at www.sewwestitch.com and we are being cheered on by Lana at www.itseamstobesew.blogspot.com
My post is a few days off (3/19), but you can start your tour today by visiting the following bloggers to see what inspired ideas they have to share using birdy fabrics!!
As a life long birder, the theme of this hop caught my attention and I love the idea that it is taking place at the beginning of the annual spring migration of birds in North America.  I belong to two on-line groups of birders that share sightings around Ohio and while we can always find birds to watch, spring migration really gets us pumped up!!


Birders all over Ohio are beginning to share observations of FOY (first of the year) sightings as the early migrants move north across the state.  My FOY's for this week so far include killdeer, grackle, and red-winged blackbird -- all rather common birds during the summer months but to hear one of their calls in mid-March while there is still snow on the ground perks me right up -- the hope of spring!! 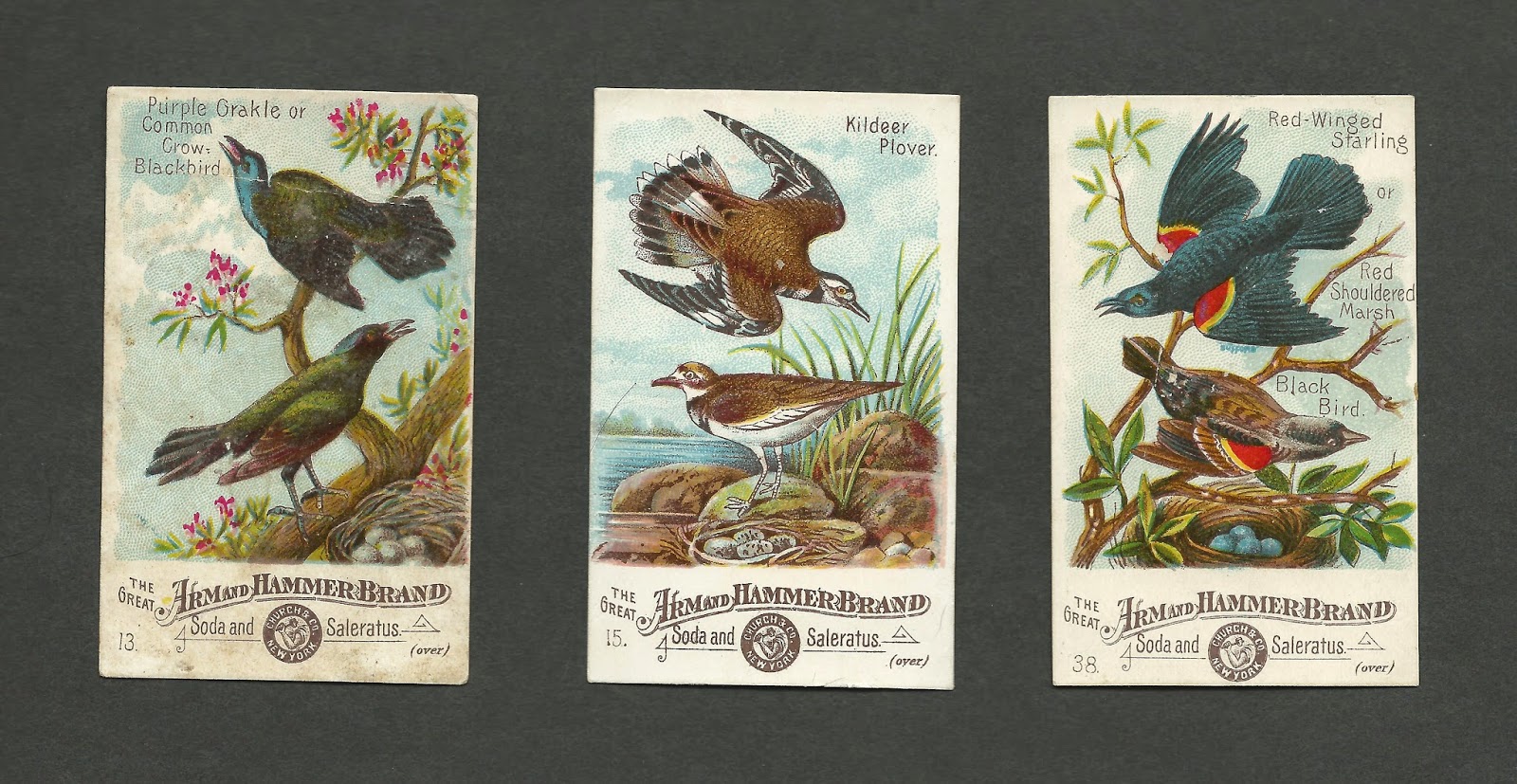 These images are from my collection of Arm & Hammer Baking Soda's "trading" cards that were printed and distributed with boxes of baking soda in the 1890's.   Companies were using the new found art of lithography to print decorative "business" cards to build brand loyalty at the same time that the conservation ethic was born in the United States.  These are three of the sixty cards featured in this first series and were to be followed by twelve more highly successful series of "bird" cards over the next 60 years.
The illustrations in this first series were drawn from the art of John James Audubon.  The skilled artists who prepared the lithography plates simplified and reduced Audubon's life-size bird portraits to fit onto the 2" by 3" image space of these cards.  It's likely that today with our current copyright laws, this would have been considered gross plagiarism and resulted in an expensive court case!! 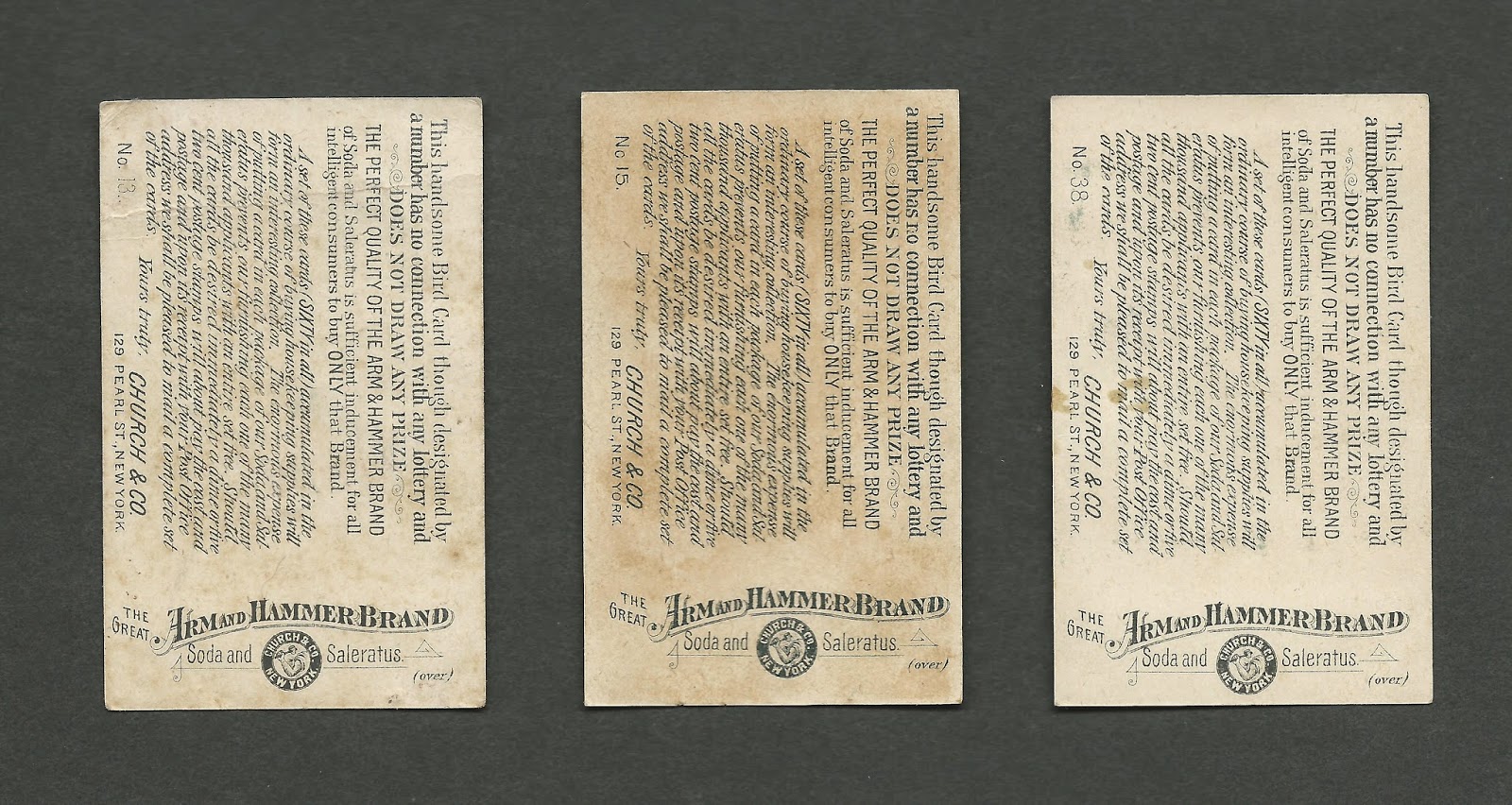 The backs of the early cards were dedicated to "advertising" but in later years, the company transitioned to including information about the birds as Arm & Hammer took advantage of the popularity of the cards to build their brand image.  Baking soda seems like a mundane product today, but it was revolutionary baking product in the mid-1800's and there were dozens of companies selling it.  A quick review of over 60 companies producing baking soda in 1890 has only two that are familiar to us today and Arm & Hammer is one of them.
So grab a "cuppa" and start your tour!!  The second group will share their ideas on Monday and I'll be back with a list of links to them plus share some more of my FOY's and images from my collection of bird cards!!
Let me know what project today from the other bloggers really caught your fancy!!
Mary Huey
www.maryhueyquilts.com
﻿
at March 13, 2015