Nature in the Studio!!

How do you feel about spiders?  As one of the most numerous and varied species of creatures on the planet, I imagine we are never very far from one.  A quick Google search mentioned species numbers from 35,000 to 50,000 -- that's a lot of variety!  We tend to judge all of them based on the behavior of the scariest ones but I do find them interesting when viewed outside and when I know where they are.

Nicole of Lillyella Stitchery released this paper pieced pattern two weeks ago -- it has three block sizes and I was part of her test group.  I made the smallest block (8" more or less) and knew just what I was going to do with it from the beginning. 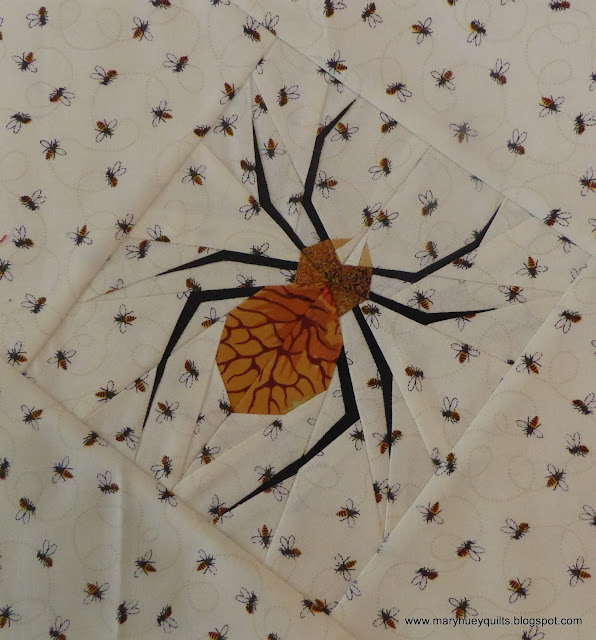 After tilting the block a bit and adding some more background, I began to build a habitat for this garden variety critter. 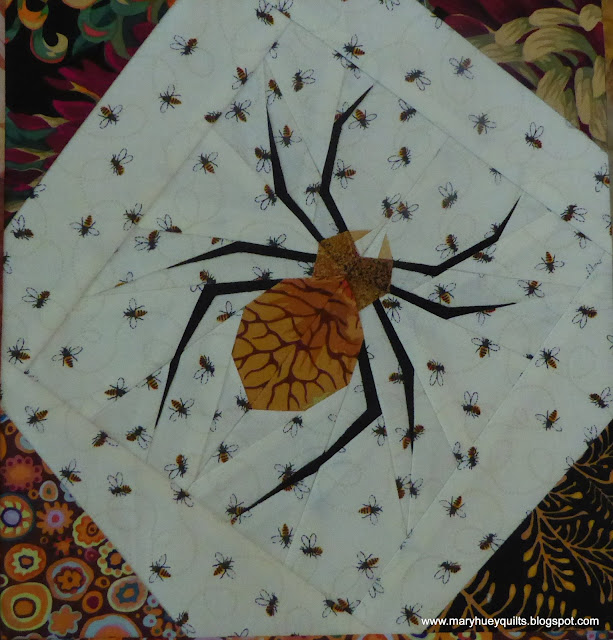 I used a blend of batiks and Kaffe Fassett florals.  While I didn't quilt it, I think the octagon shape of the finished block would be a great background for a web!! 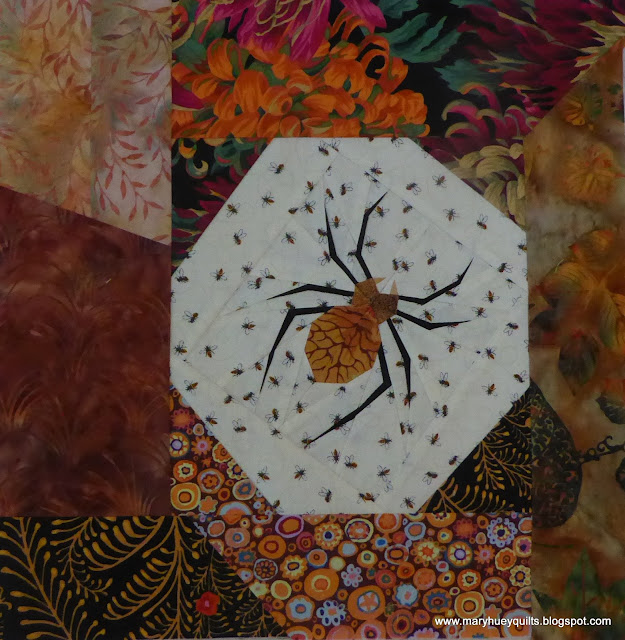 At this point, the cherry tanager who has been waiting patiently for me to incorporate her into something got wind of what was going on and insisted on being part of the day's work. 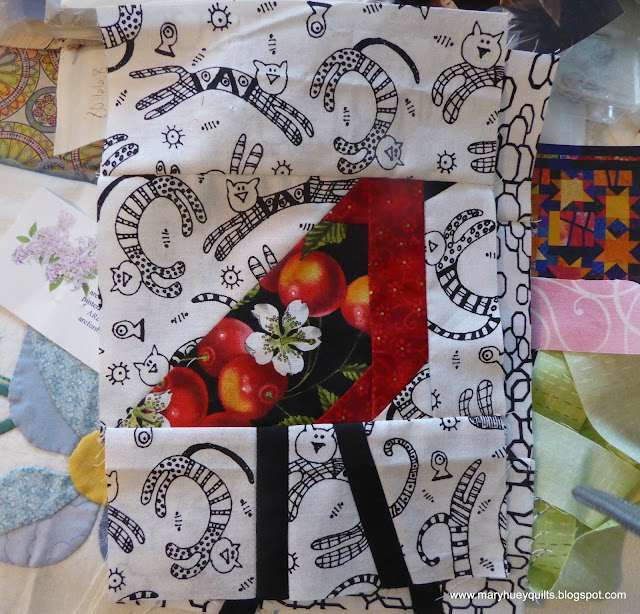 So I started building a large block to make her the right size for the project. 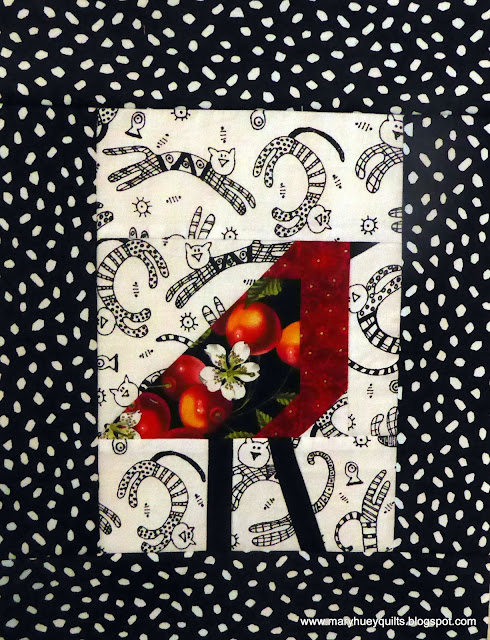 More borders were needed and I worked in a splash of red with narrow strips.  The trick to making these narrow borders consistent in width is to measure the 1/4" from the previous stitching line (on the left) rather than the raw edge (on the right).  Works like a charm! 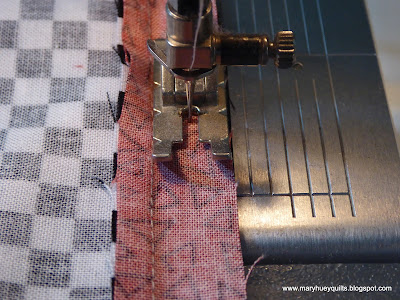 I added the red 3/4" strip to the black checkerboard, pressed the seams to the checkerboard print and then added the set to each side concentrically.  That meant leaving the end of the first border open (partial seam) until the fourth side was stitched and trimmed. 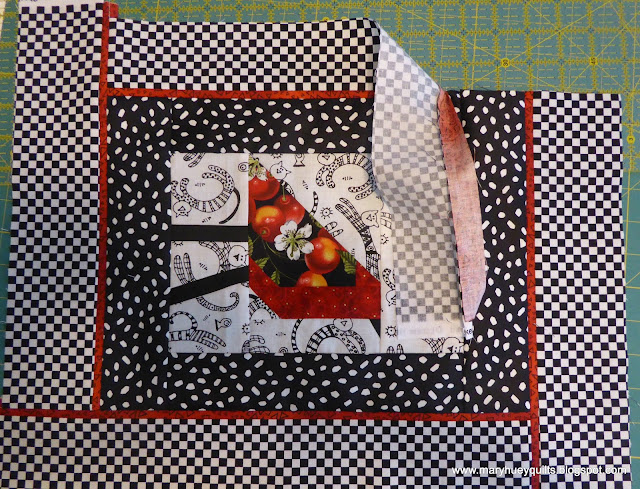 Then align the first border and stitch the rest of the seam. 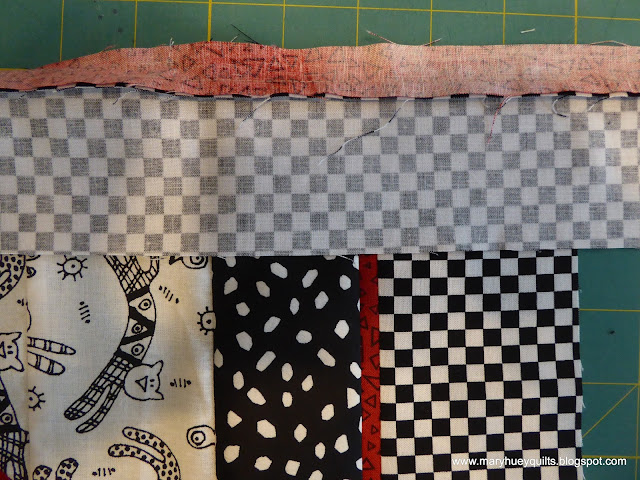 It was a happy afternoon in the studio because I left with everything cut and ready to assemble two Easy Peasy Drawstring Back Packs when I returned. 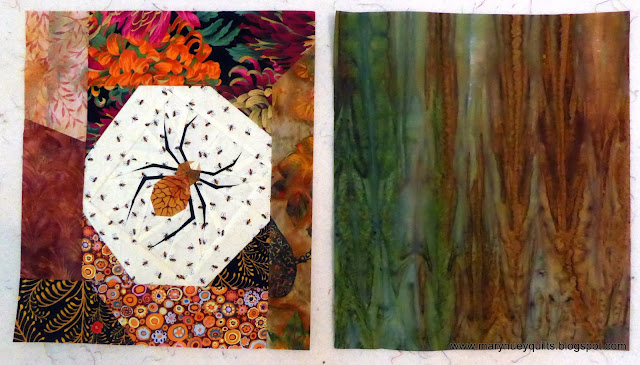 The spider might be for my grandson, but the tanager is definitely for me!! 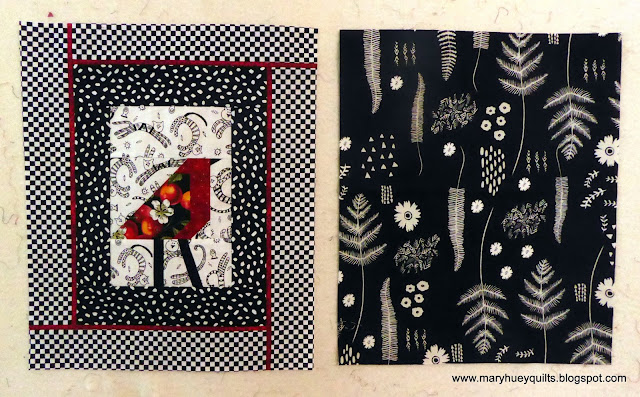 I even added a pocket inside of the lining for things that I don't want to fall clear to the bottom of the bag (like a pencil). 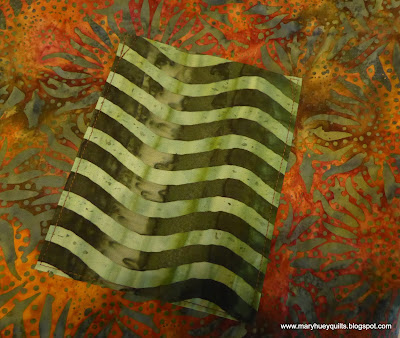 I've already taken the tanager out for a spin but I might need to do the same with the spider -- just want to see what sort of reaction I get from folks when they see a "spider on my back"!?! 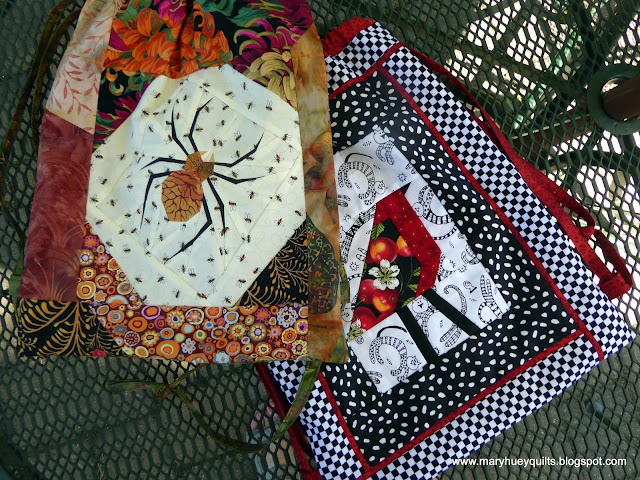 You can find the Wicked Weaver Spider pattern HERE.
She also has a beautiful butterfly pattern for those of you who are spider-shy.
And the Easy Peasy Drawstring Back Pack HERE.
It's a good project for using up left over blocks and preprinted panels.
My grandkids love theirs. 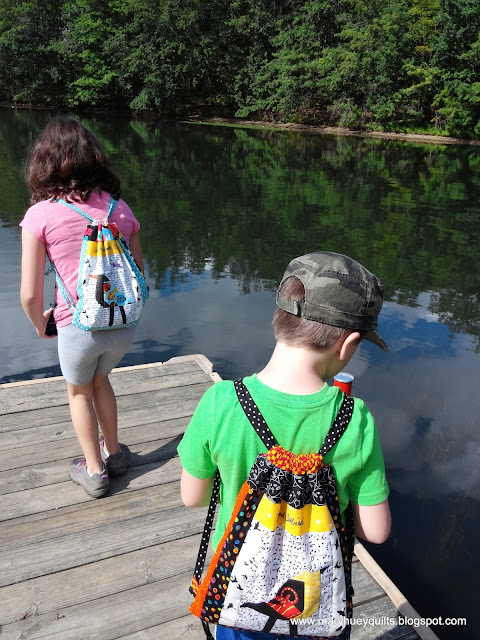 These were the first two I made last summer -- check it out HERE.
Someone asked last week about the tools I use for paper piecing -- it's these three.
A wooden press, a small rotary mat, and the Add-A-Quarter tool which comes with an explanation of how to use it when paper piecing. 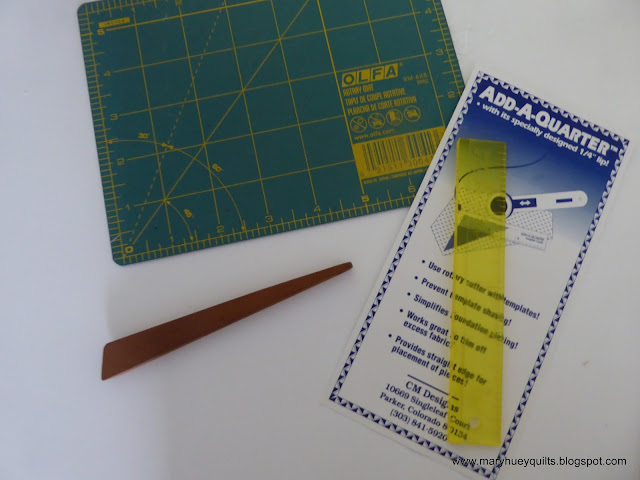 Paper piecing is not my favorite technique but these make it easier for sure and don't you know, I've been sucked into another project on Instagram with paper piecing but more about that next week.