A Quilt for Comfort

The comfort quilt for Pulse is finished and on it's way to Orlando!
I know some of you are making blocks or tops or quilts for this project because I've seen your blogposts and Instagram posts.  For those who haven't heard about this, the Orlando Modern Quilt Guild is spearheading the collection and they directed interested quilters to Allison at www.cluckclucksew.com who has a tutorial for the heart block in a variety of sizes.

As you can see I did a mix of the sizes. 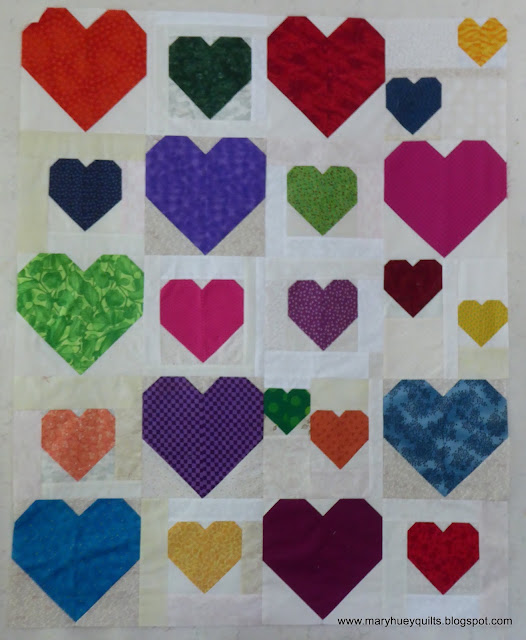 I auditioned a few prints for the borders but anything with enough color was too kitschy so I settled on a rainbow piano key border using random width strips from the cutting scraps for the hearts. 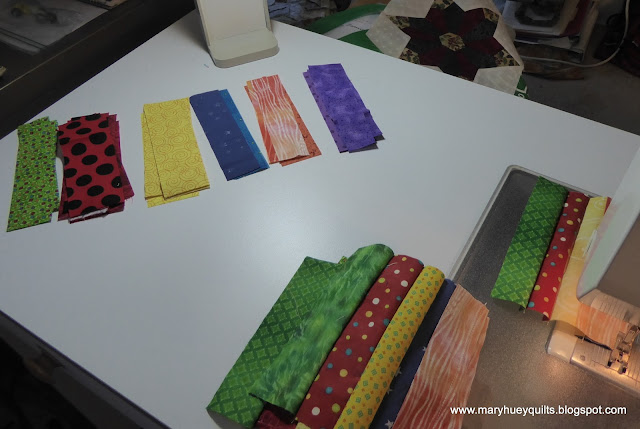 I assembled them into groups of the six colors and rather than a rainbow order, I paired them by their opposite position on the color wheel -- green next to red, yellow next to blue, orange next to purple -- to get more contrast and sparkle. 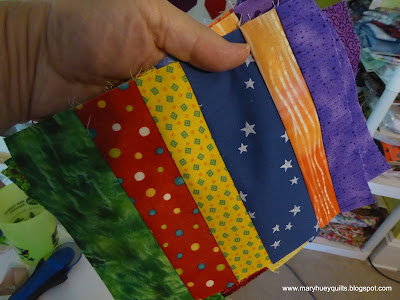 I made the strips 1" longer than needed to allow for wobbles and trimmed them towards the end of process. 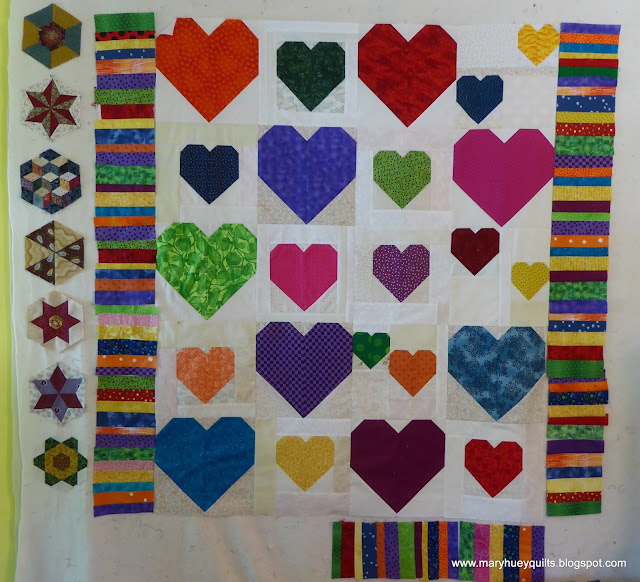 I made four more small hearts to turn the corners of the borders and sashed them on what will be the outside edges of each corner -- this is a close-up of the upper left corner heart. 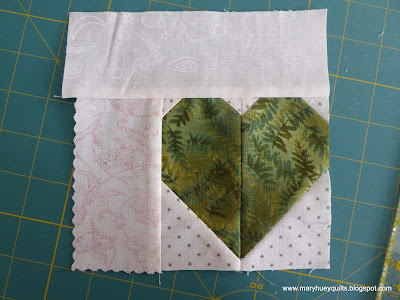 I added a border of the background color and then the pieced borders doing the sides first. 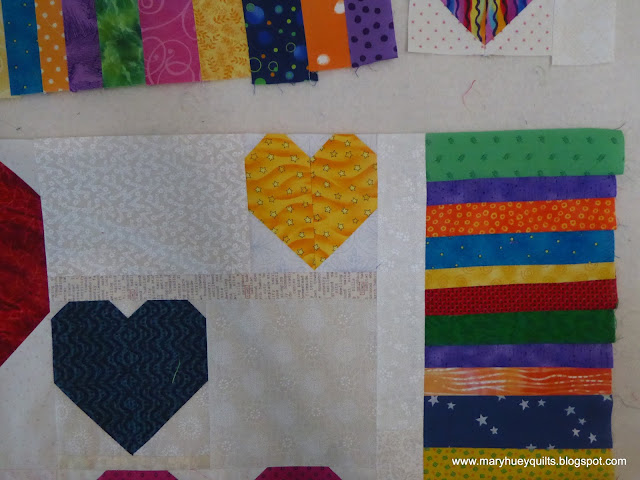 Then I added the background border across the top and bottom from edge to edge as you see below. 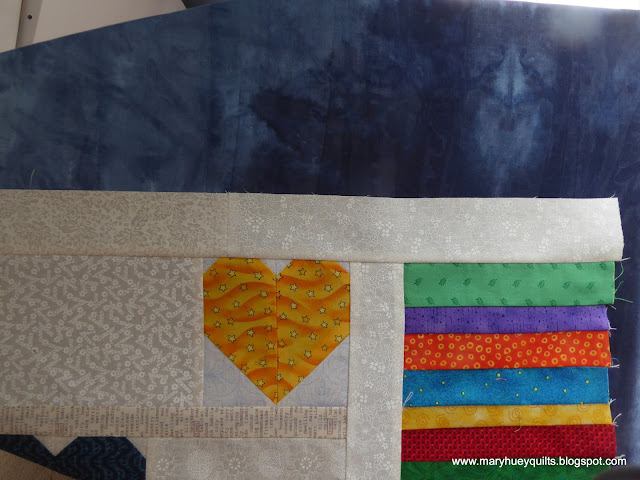 The corner hearts were added to each end of the top and bottom borders with a strip of background aligned to match the side borders.  That took some fiddling and ripping but it was worth it. 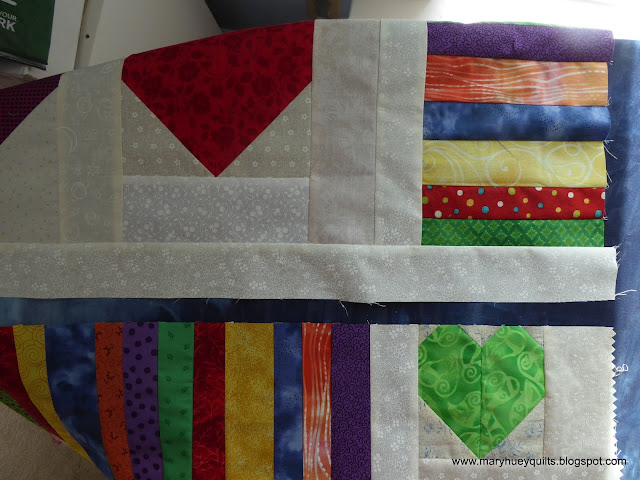 Extending the background border all the way to the edges of the quilt helped float the corner hearts and gives the quilt a unified look. 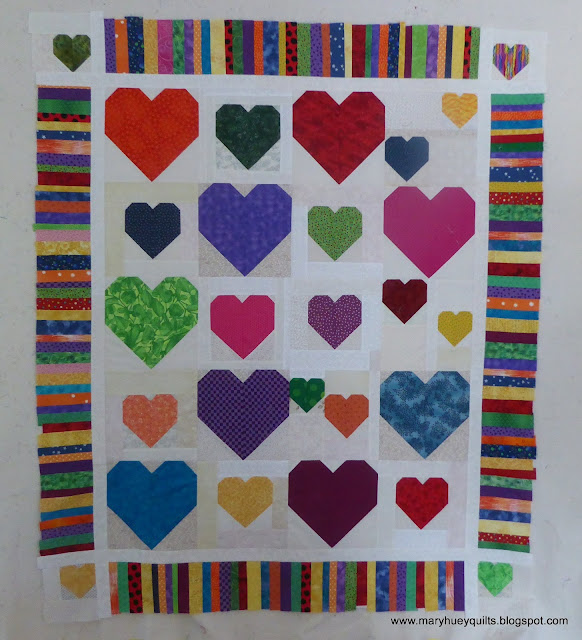 Simple quilting finished it off.  It is "raining" more hearts onto the surface of the quilt.
I alternated straight lines with curvy lines vertically through the central part of the quilt to maintain a gentle look. 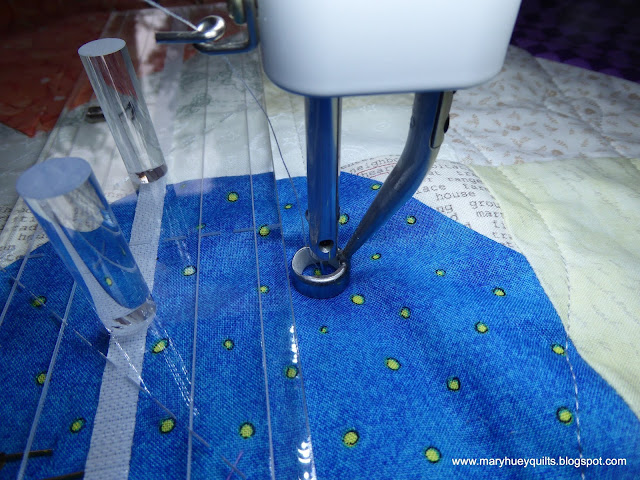 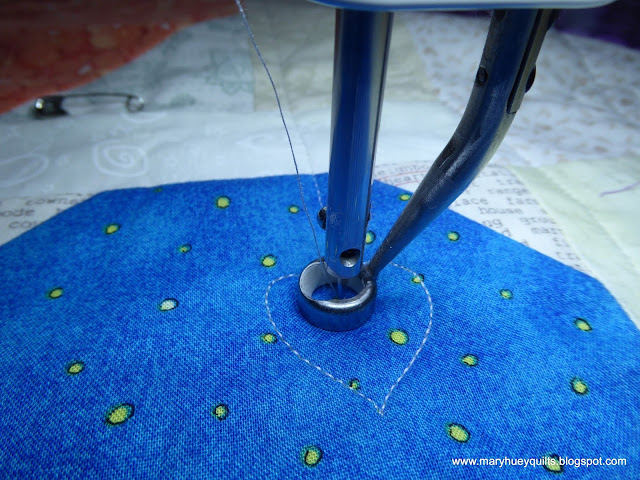 A heart is an easy shape to "draw" with your needle.  Once the heart was stitched, I continued on by stitching down through the heart. 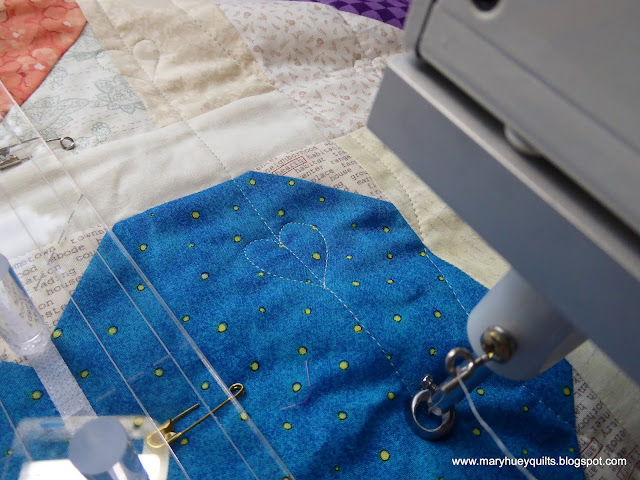 Here's one of the 10" hearts with the alternating lines and the random hearts. 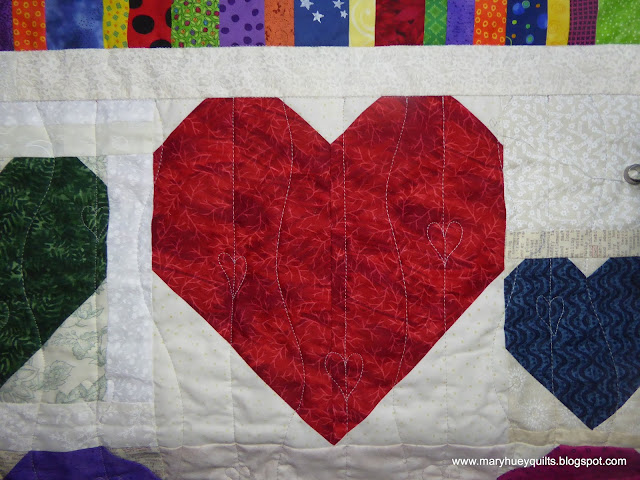 In this photo you can see the alternating wavy and straight lines of the border as I stitch down the last 6" of the binding. 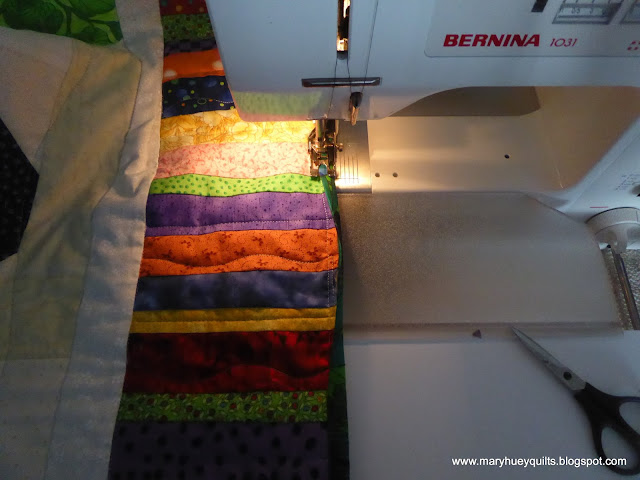 Choosing the binding fabric was probably the most difficult part of making the quilt because of all the color in the quilt and the stripped border.  After making a blue binding which clashed terribly with the backing, I settled on this bright print which was laying on the cutting table for a second Pulse quilt top. 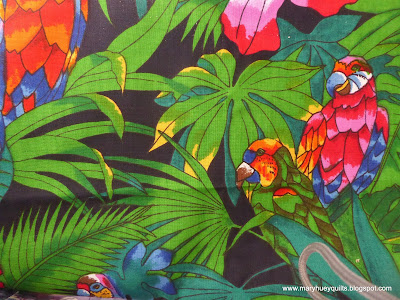 It's been fun to watch the quilts roll in to the Orlando MQG -- they are probably past the 200 mark at this point -- and their Instagram hashtag, #quiltsforpulse is climbing steadily toward 3500 posts. 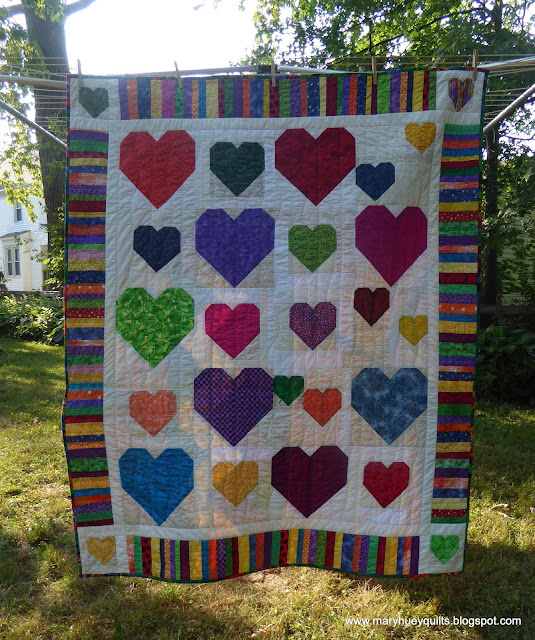 The Dallas and Ft. Worth Modern Quilt Guilds have started a collection of the heart blocks for #quiltsforpeace -- blue prints with white backgrounds, same tutorial from www.cluckclucksew.com and you can get to the guild website HERE for more information.

Quilters do such a good job of sharing their work and bringing comfort to others!!
Now if we could just get politicians to be so positive.

Linking up to the third quarter 2016 Finish Along Link-up HERE!!

Email ThisBlogThis!Share to TwitterShare to FacebookShare to Pinterest
Labels: #quiltsforpulse