At long last!!
It's a finished quilt.
It's called Folk Art Cats and the pattern is still available from The Stitchin' Post in Sisters, Oregon.  It was originally a block of the month with fabric kits so none of the choices are mine. 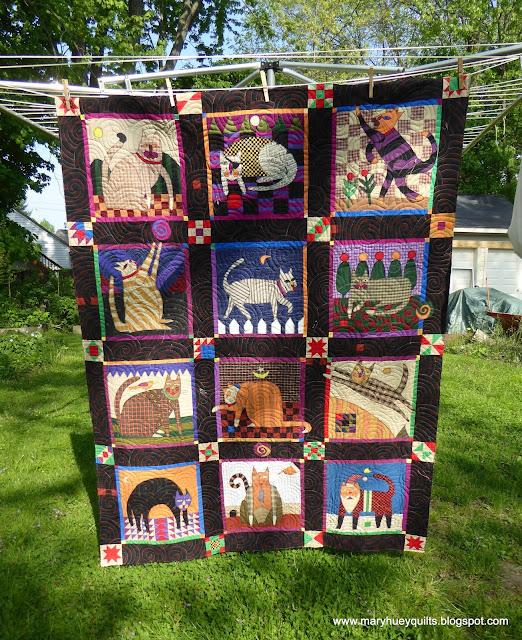 Once I had accumulated all the kits, I had the gals in my Friendship Quilt group prepare the blocks -- they pieced the backgrounds and fused the appliques when it was my turn to provide the "work of the month". 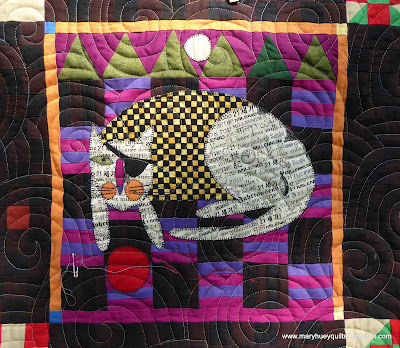 Then I began the (arduous and lengthy) task of completing the (miles and miles) of machine pin stitching to secure the edges.  It's not a task I enjoy so it literally took years. 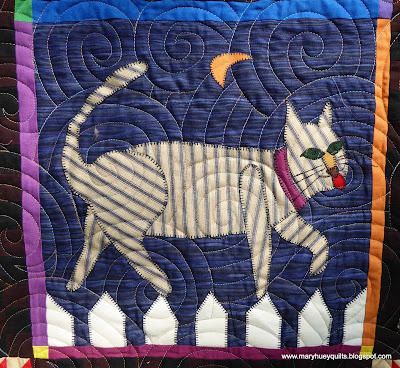 Finally, I had to face the sashing assembly.  It's difficult to see in the pictures, but the sashes are all black and dark rust pieced checkerboards of 1" finished squares not to mention the twenty different 3" blocks for the cornerstones.  I ran out of the dark rust, so substituted a lighter rust.
Ahhhhhhhhhh!! 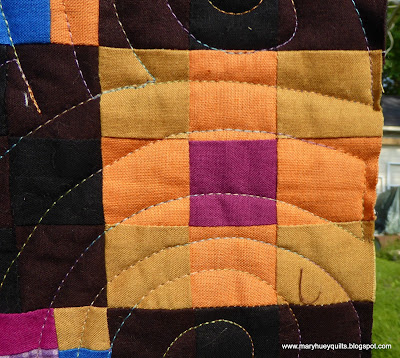 The cats have quite a bit of personality which is true of real cats as those of you who have owned more than one cat  know.   (The safety pin is to remind me to go back and tie off that thread end!) 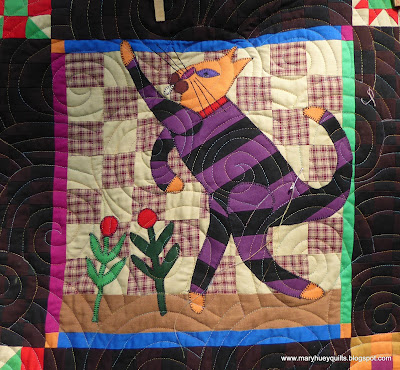 I started quilting this in two halves and then realized that it would be a challenge to merge the quilting across the center join area.  So I stalled for two weeks trying to decide how to continue.  In the end, I added the second half of the top and then the backing and layered it up as one large piece.  It made it a bit more challenging to maneuver at my machine but solved the finishing dilemma. 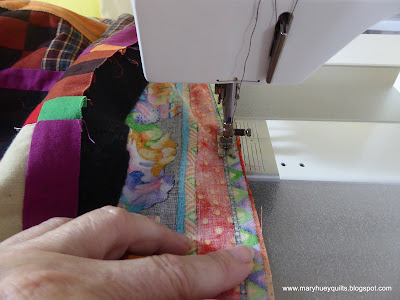 The backing fabrics have been stuck in my stash for quite some time so it was fun to use them up!! 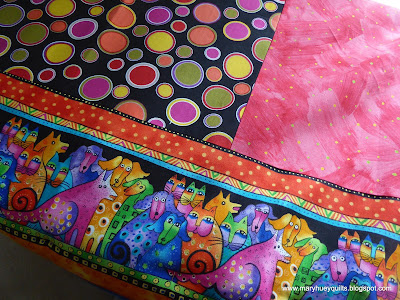 Once the backing and the top were stitched together, I layered in the second piece of black Dream Poly batting.  I like the black batting on dark quilts because it keeps the colors looking richer.  Trimming the edge straight makes butting the two pieces together easier. 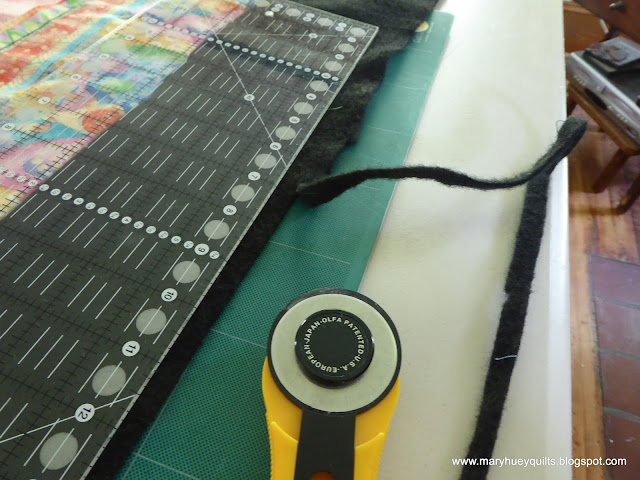 This herringbone or catch stitch does a good job of holding the edges together (but it's a pain in the neck to do). 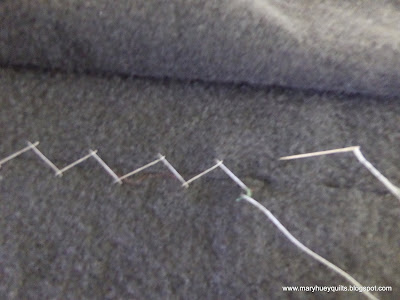 Now the only thing keeping me from finishing the job was this . . . . Gordon loves the chair at my APQS George quilting machine and he's so old that I let him be. 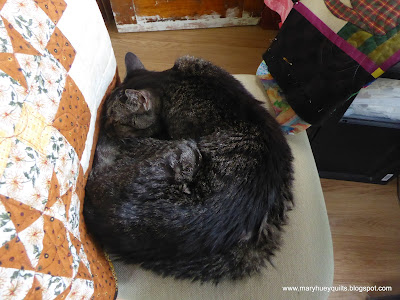 I've had cats almost continuously since I was four years old -- on those few occasions when I've been without one, I've been on the lookout for another one!!  The swirling Baptist fan-like motifs worked out very well.  Now I'm wondering what took so long to start the quilting.  And it was easy to do.  It's very "organic" with inconsistent spacing between the lines and different size swirls but I'll be repeating this quilting strategy on future quilts for sure. 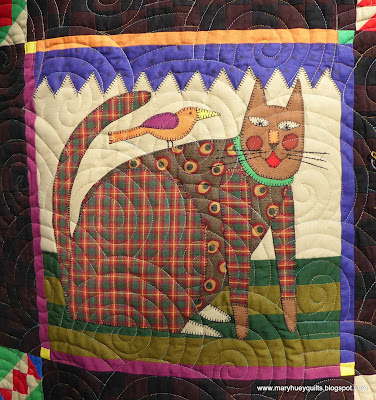 My current feline sidekick, Willie is seen here "holding up" the back corner of the quilt. 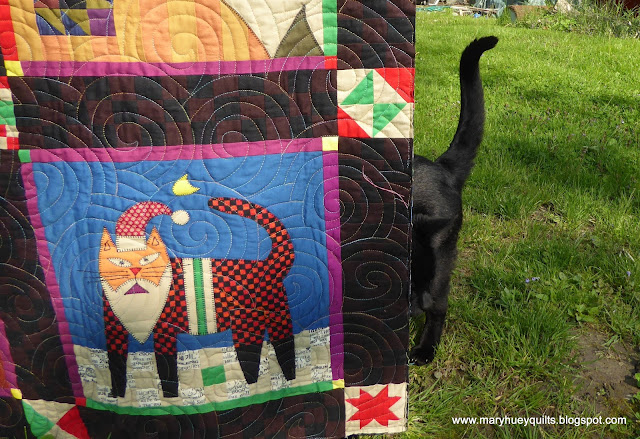 The quilt goes to my oldest daughter (Gordon's person and my housemate).
This weekend, I'll finish the binding and layer up another piece.  It would be good to ride the current quilting momentum and achieve a second finish for this quarter's 2016 Finish-A-Long goals!!

** Some of my posts contain affiliate links and if you make a purchase via one of those links, I may get a small commission.  I only suggest products that I use and recommend based on my own experience.  Thank you for supporting my blog!