I'm sitting here looking at my second quarter list for the 2015 FAL at On the Windy Side -- I've only finished 3 out of my 8 pieces on the list?  Twelve days left counting today,  Happily I've put my APQS George back together and after a couple tentative test runs, everything seems fine so let's go!! 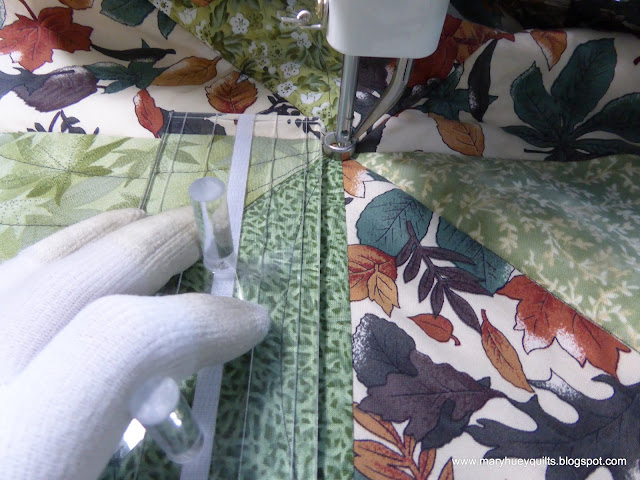 I can get back to the daily effort to machine quilt a bit and meet some of these self-imposed deadlines for June!
Do you suffer from brain-freeze when it's time to quilt a top?  I often do!  I want to finish this 72" square quilt to send off to the Appalachia Service Project with a local mission team in early July. 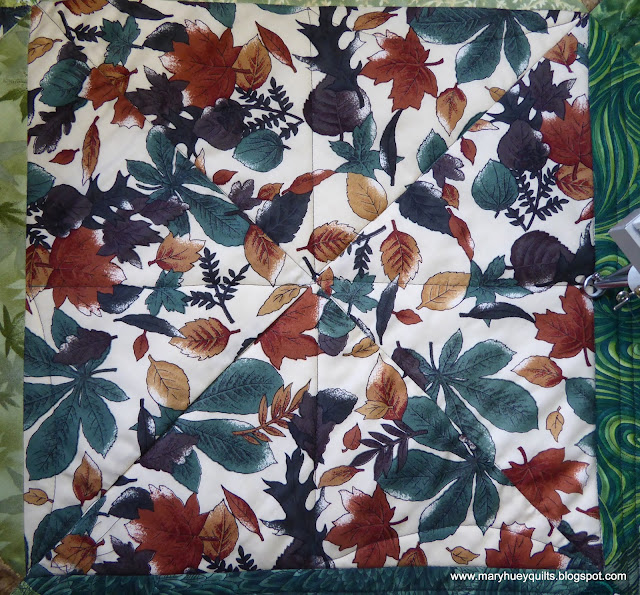 I did quite a bit of straight line quilting during my last couple weekly sessions with the other gals but with George back on line, it's time to tackle the five large empty spaces in the central part of the quilt.  Sometimes it helps me to kick start some ideas to just start ditching straight lines and happily, that strategy worked again!! 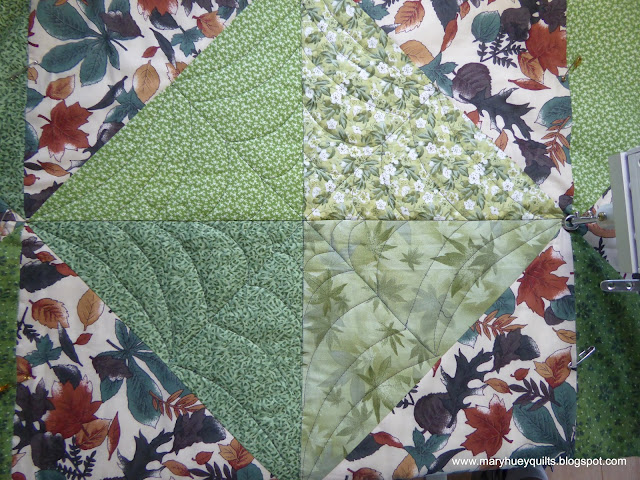 Spider webs will be perfect!!
Today we tend to regard anything connected to a spider as scary but during the height of crazy quilting in the 1890's, spider webs were a popular embroidery motif.  Crazy quilting was a reflection of the Victorian obsession with Oriental objects and in the Orient, a spider web is a symbol of prosperity. 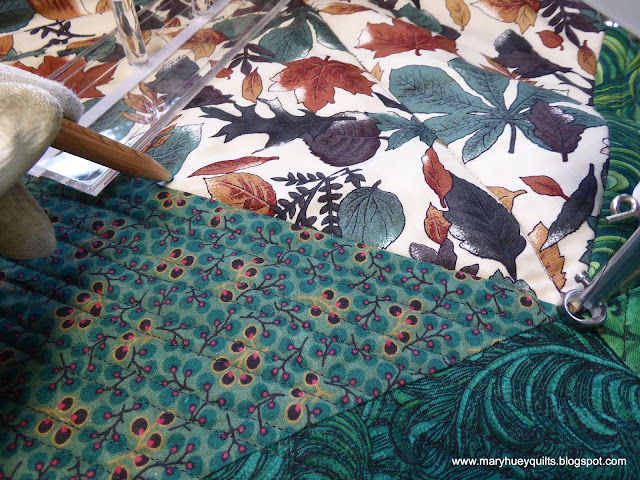 To build a web with continuous stitching, I stitch a grid of spokes traveling from the end of one to the beginning of the next just as a spider would!  I mark a target point to stop and arch across the area. 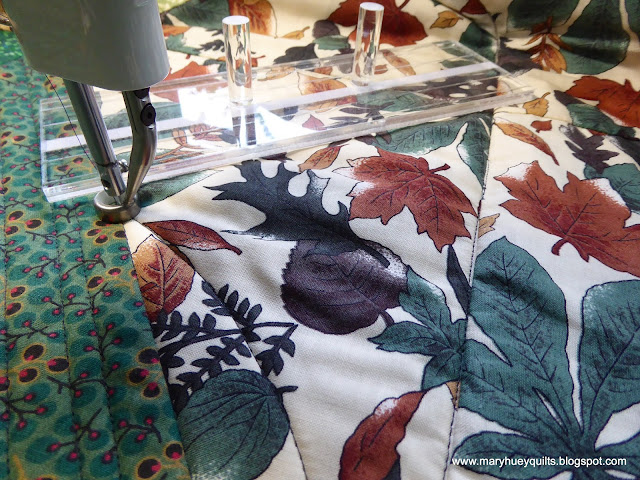 Once the spokes are completed, I begin to weave the web, arching from spoke to spoke and working my way towards the center of the web.  I've studied quite a few spider webs (they are too fascinating to just walk past) and the threads between the spokes aren't perfectly symmetrical so neither are mine. 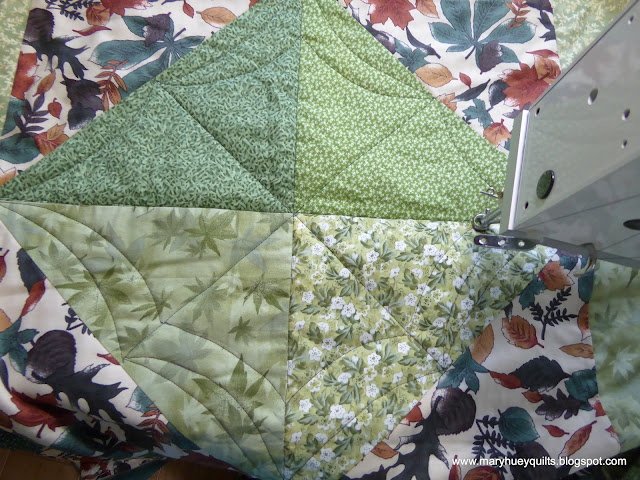 On this quilt, I was able to travel back up one of the spokes towards the center so I could keep the flow going (i.e., no threads to tie off) and quilt the center setting triangles. 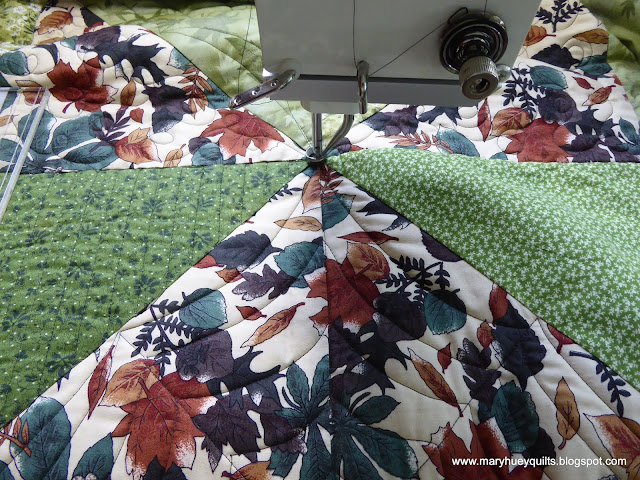 I decided to do a loopy meander to contrast with all the straight line quilting but meandered into a corner at one point and did an extra loop to get out. 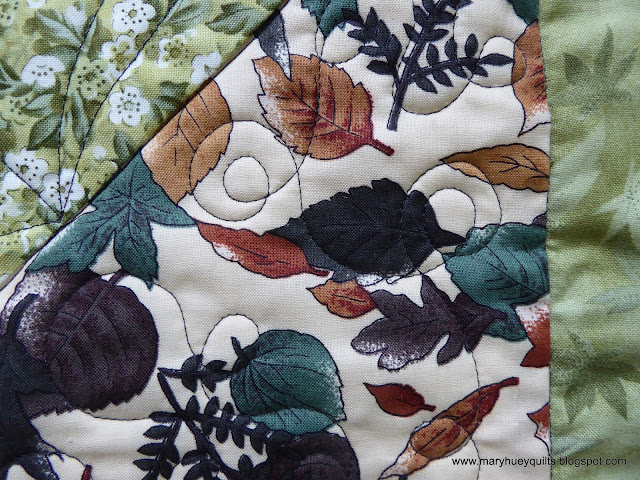 As I moved away from the "oops" I decided I better add a few more so it wasn't the only one (camouflage!!). 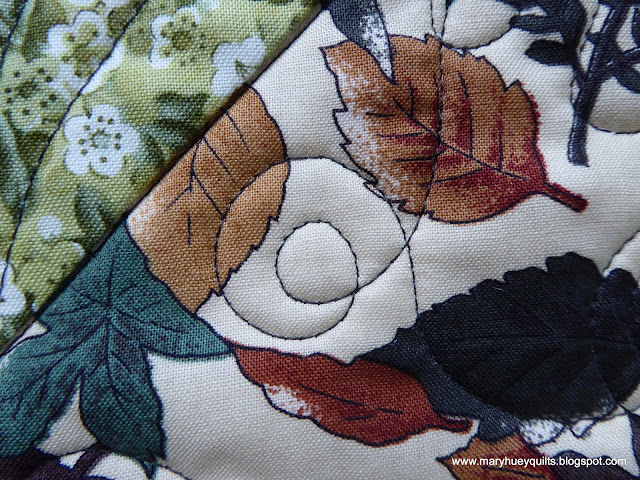 It looks like a buckeye!?!
It's a new quilting design (maybe) but there will be lots more of them incorporated into the background meandering on the rest of the quilt!!
If you are unfamiliar with the importance of "buckeyes" to folks here in Ohio, I'll just say it's BIG!!  Folks who've left the state send pleas back to us to send them some??
Google it!
I'm delighted with the progress I've made and feel certain that I'll be binding this weekend so I can cross it off my second quarter list making it four out of eight!!
Gotta' love those deadlines!?!?!!
Mary Huey
Linking up over at FREE MOTION MAVERICKS!!