For the past couple weeks I've been finishing up my version of Bonnie Hunter's Celtic Solstice Mystery quilt.  You'll want to head over there to see some of the finished ones!!
But as is usual for me these days -- working on it stimulated ideas which have led to two new projects.  The photo below was taken while auditioning different "settings" for the border units. 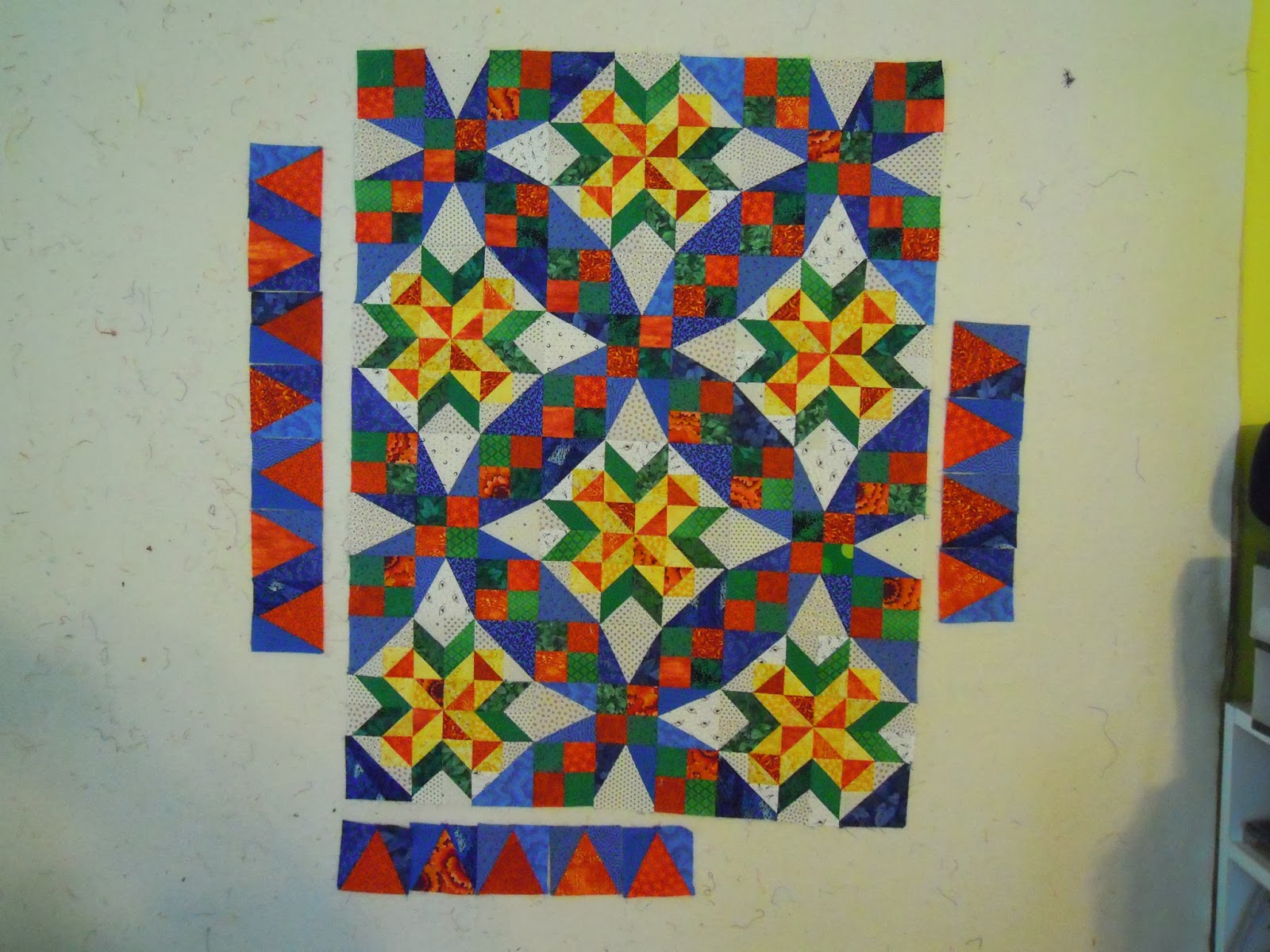 After several days of looking at them, I picked the one on the left (and corrected the orientation of the block in the upper right corner -- thank goodness I noticed that I had twisted it before the borders were stitched in place)! 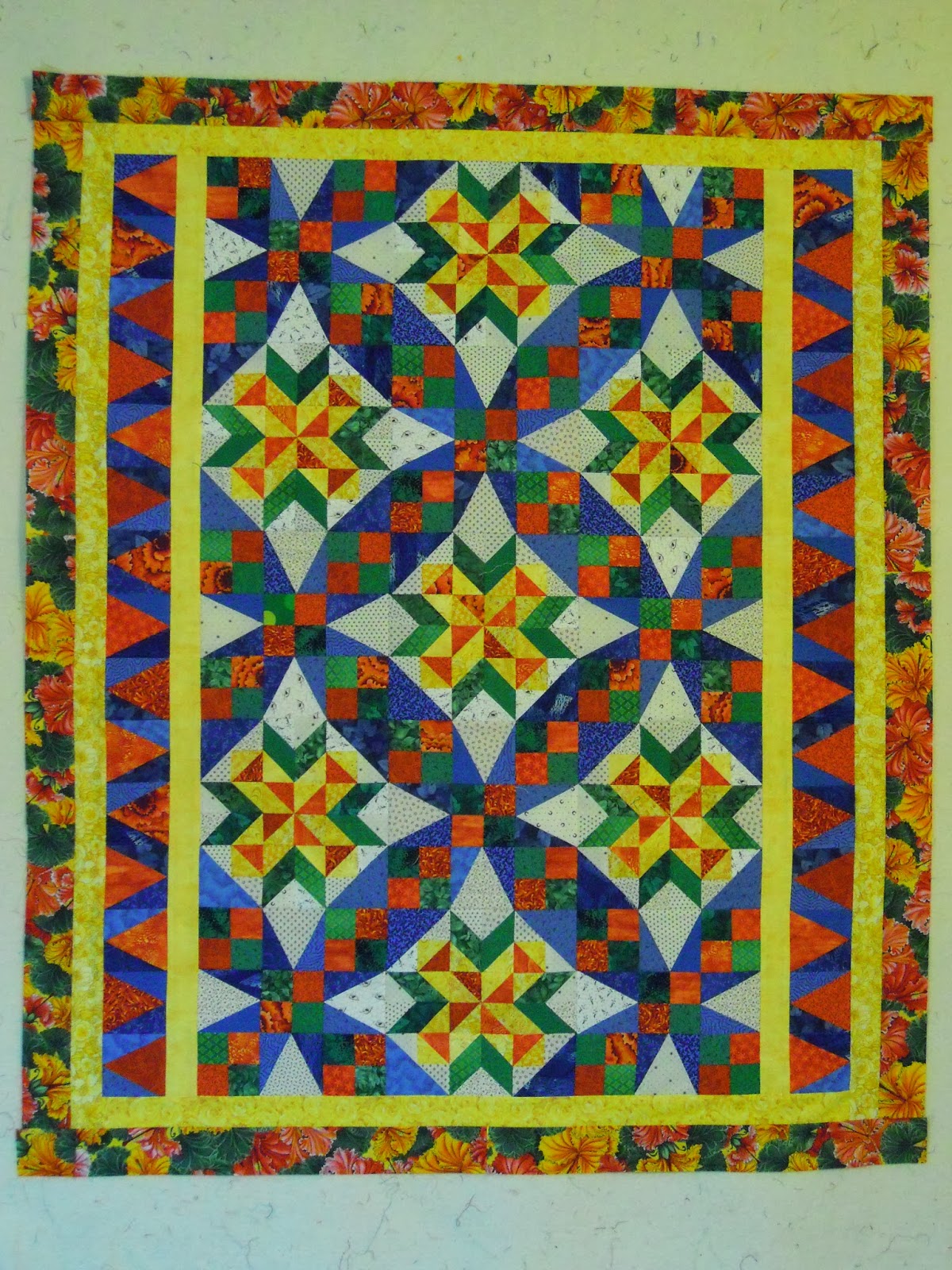 Here's a close up of my border arrangement -- and isn't that last border fabric great!  I only had about 3/8 of a yard so I had to make it work because it was so perfect. 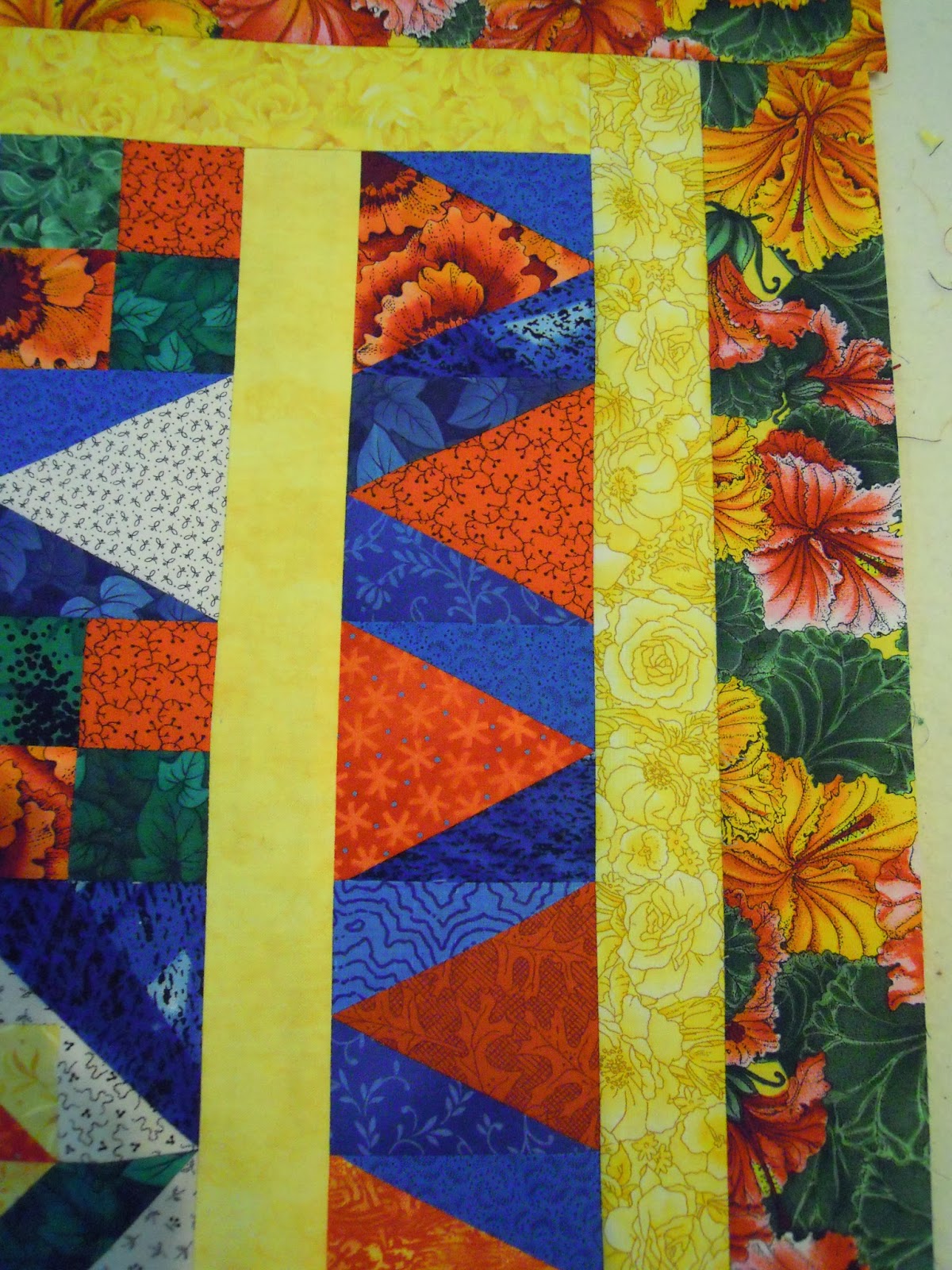 You'll notice that my quilt is only 15 blocks.  I decided when I began that this would be one of my charity quilts for 2014 so made about half of the units Bonnie specified for the small version of the mystery.  When all was said and done, I had a total of 24 blocks.  In the process of making the quilt, I decided to keep some of the blocks for a small teaching sample to use when teaching with Marti Michell's basic templates Sets A and C (3" grid) to make 9" blocks.  So there is a second top in the works. 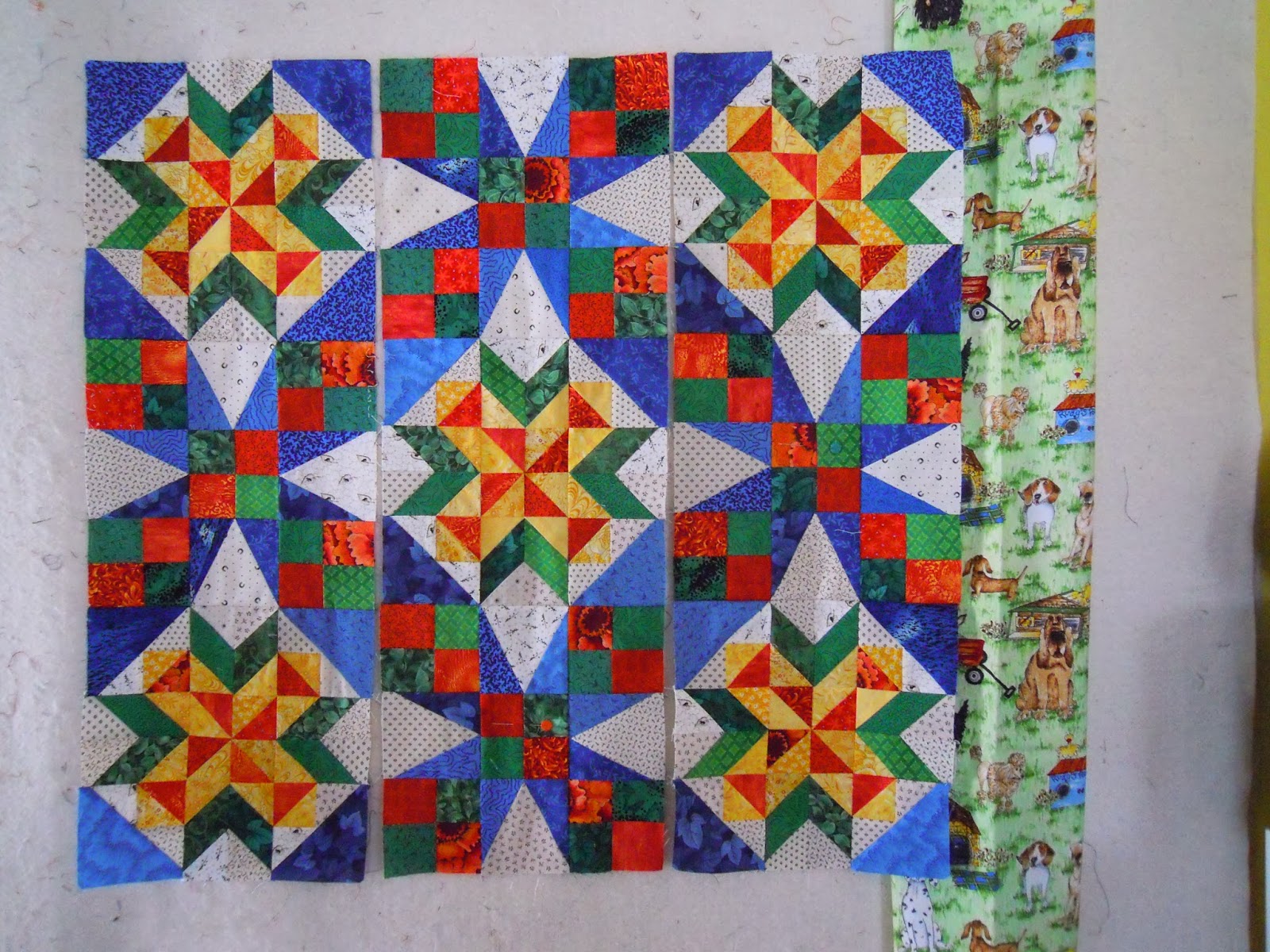 Yep, I twisted some blocks again, but they will be fixed.  I found another perfect border fabric in my stash!!  While setting up this sample, I got to thinking what a great setting this would be to use in the center of a medallion quilt so that the background of the center block flowed over into the adjacent blocks creating that big central "star".  From there, it was just a hop, skip, and a jump to recall an orphan Baltimore Album block in my backlog. 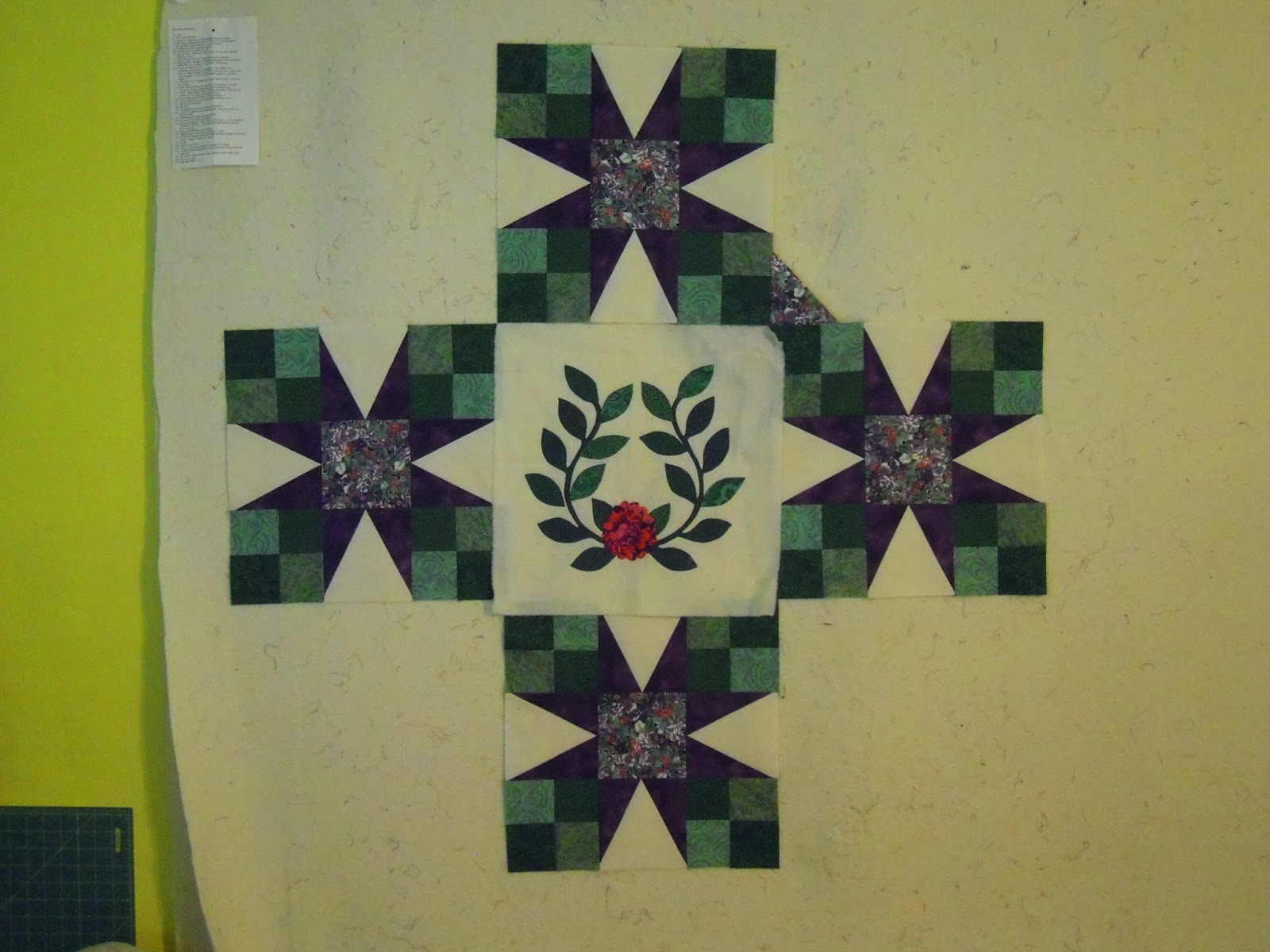 So here is the beginning of that!  Since the applique block is 16" square, I used Marti's Sets T and R (5" grid basic shapes) to cut my pieces and these blocks are 15 1/2".  Not sure what will happen in the corners yet, but my mind is working on that!

Now I had two teaching samples -- same block, different sizes -- but there is one more basic group of Marti's templates -- Sets B and D use a 4" grid.  So I need one more sample to have a complete set!

But wait!  I have another idea -- Marti's Scrappy Sedona pattern uses the same block without the corner 4 patches -- and here is the beginning of that!  Marti's instructions call for a "stack and shuffle" cutting process that works well.  Maybe I'll expound about that in the future when I show this finished piece. 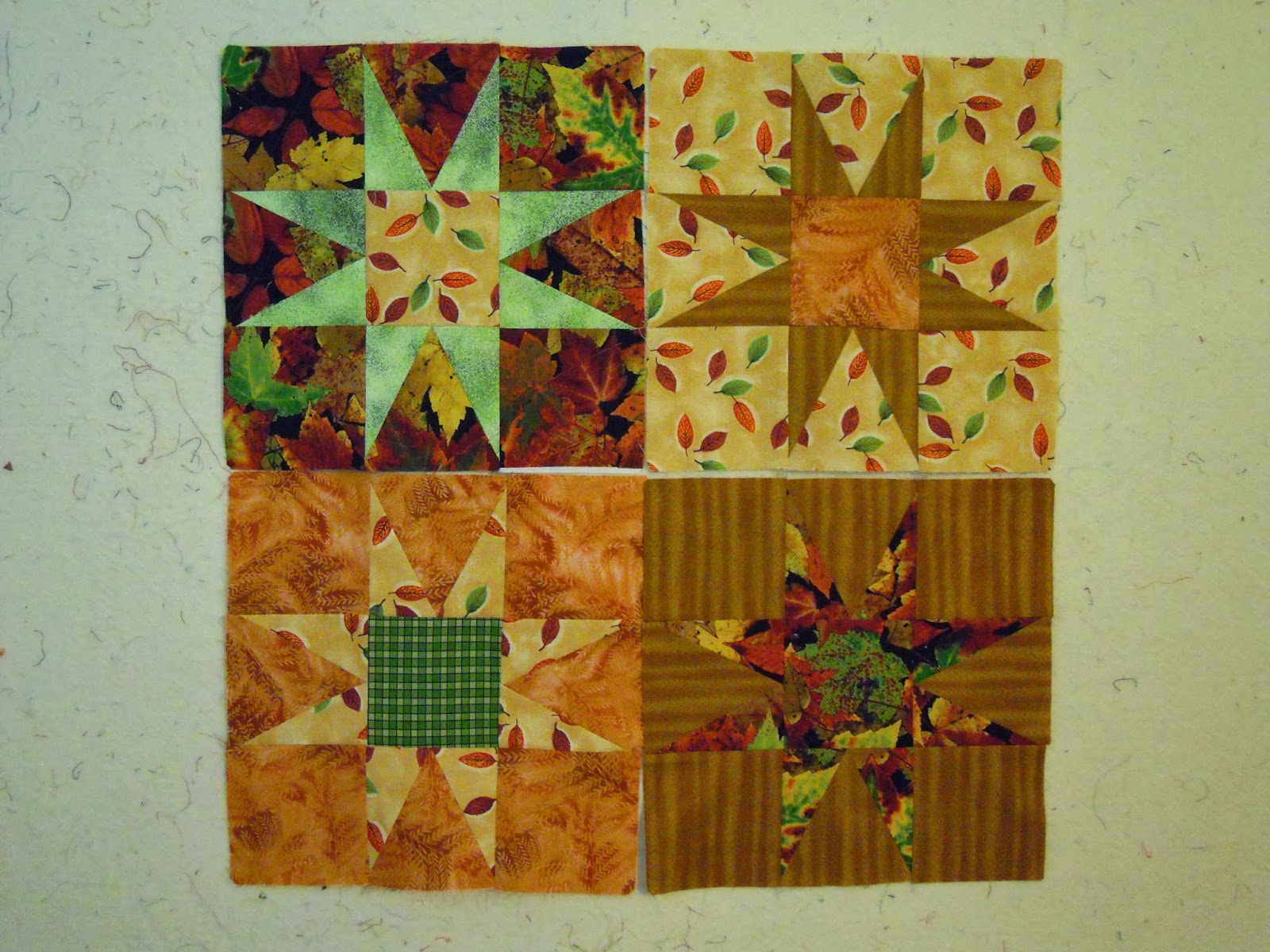 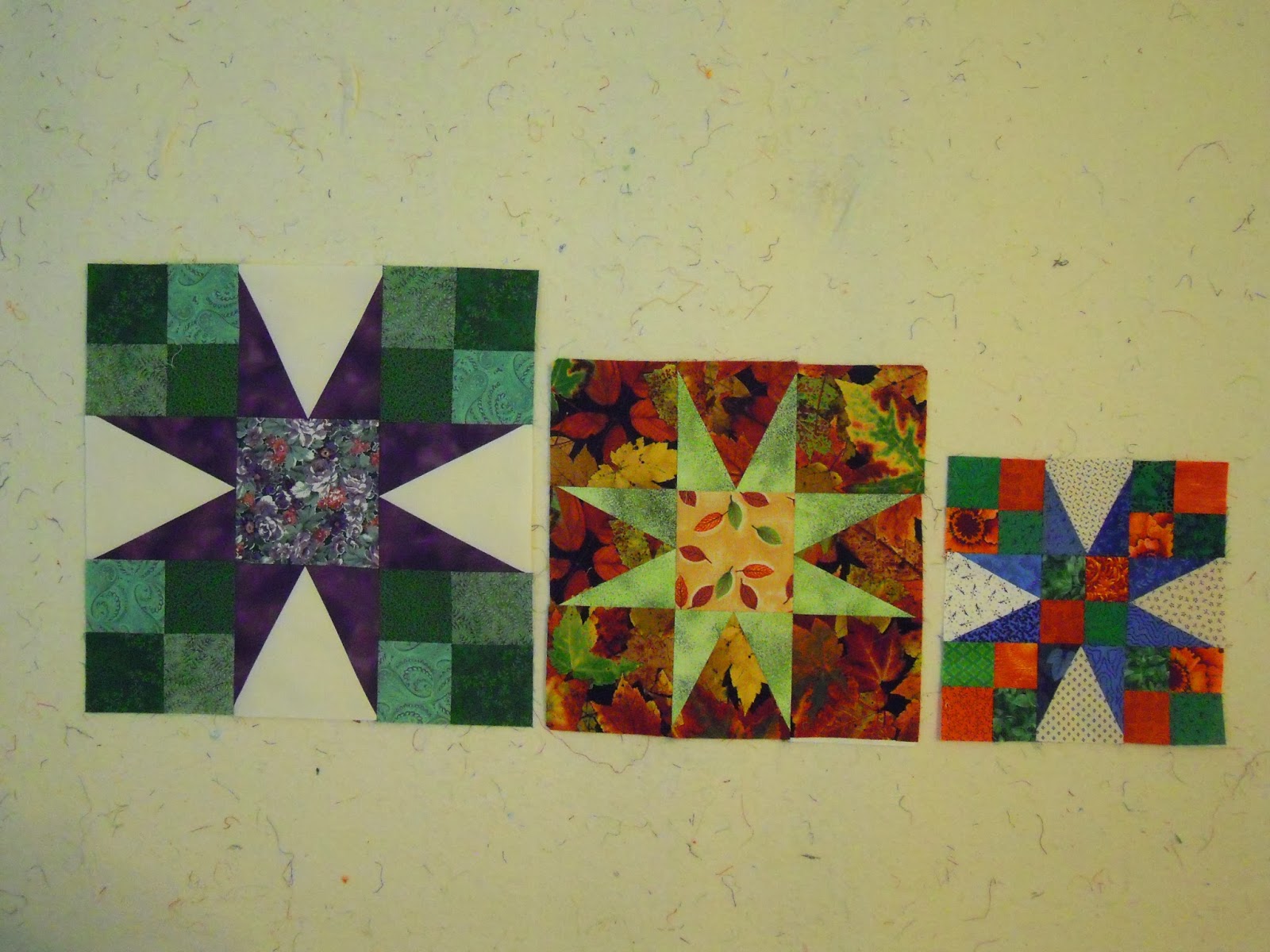 This is why I have so many UFQ's (as I call them).  Lori Kennedy over at The Inbox Jaunt is encouraging quilters to consider their UFO's with a series of posts on Mondays.  She is asking some thought provoking questions and if you have a backlog of your own, you might check out the series which began on January 20, 2014.
So where do projects lead you?  Do you move through one at a time or do you get diverted like I do?
So linking to "Linky Tuesday" at Freemotion by the River and WIP Wednesday at Freshly Pieced (because I need more ideas) and then really I'm off to my studio!!
Mary Huey
www.maryhueyquilts.com