I hope I'm not the first person who has figured out an easier way to close-up something like a pincushion after it's stuffed!  Read on and let me know!

I found these little strip pieced bands left over from a project last spring while tidying up the studio earlier this month.  I like to make a little gift for all the members of my quilting gang and this year I settled on pincushions.
Can you ever have too many pincushions? 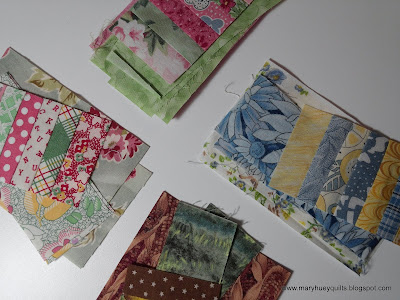 I found fabrics to enlarge each of the strip pieced bands into squares plus fabrics for the backings.
Once the squares for the top side were finished, I cut a square of muslin to underline them and did a little quilting. 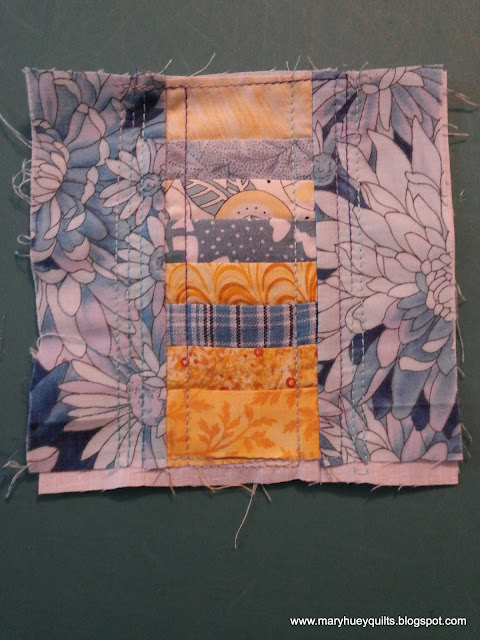 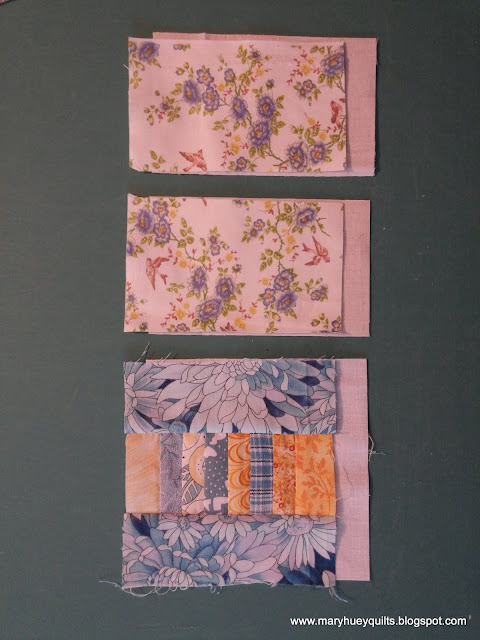 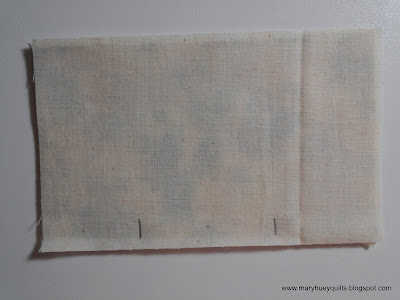 I stitched the layered backing pieces together -- notice that I backstitched just before the mark, then lengthened the stitch through the center and when I reached the second mark, I shortened the stitch again, backstitched and continued to the end.
Before pressing the seam, I snipped the last stitches of the basting by each mark.
Press the seam of the backing to one side -- I tried pressing it open, but decided after the first pincushion, it was better to press to one side. 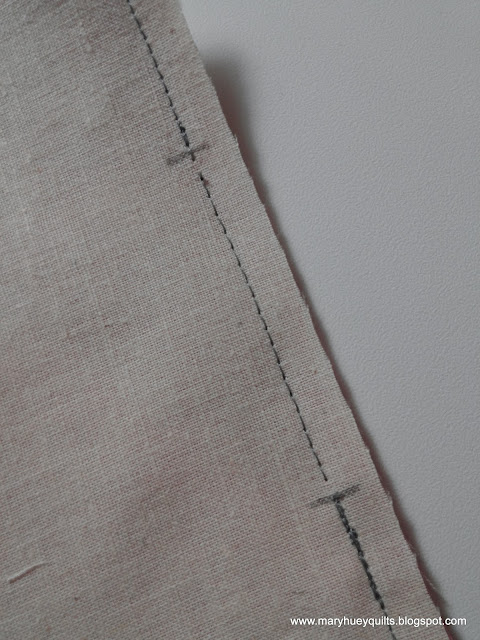 I layered the back and the front right sides together and stitched all the way around. 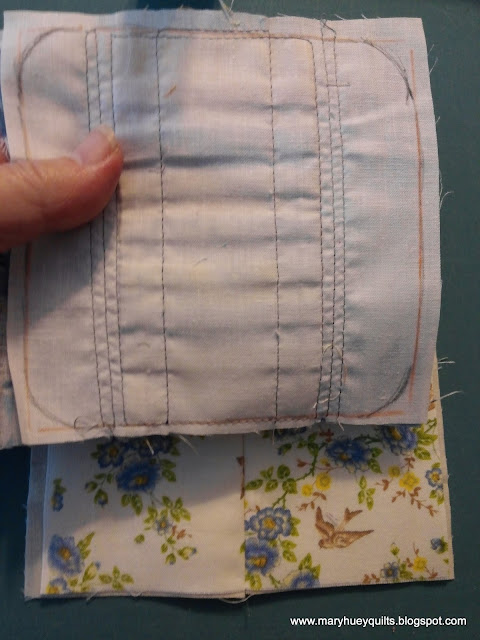 I trimmed away the excess seam fabric -- rounding the corners a little bit helps prevent those wierd pointy corners. 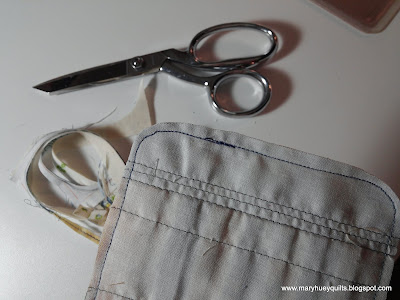 Now I pulled out the basting stitches in the backing seam. 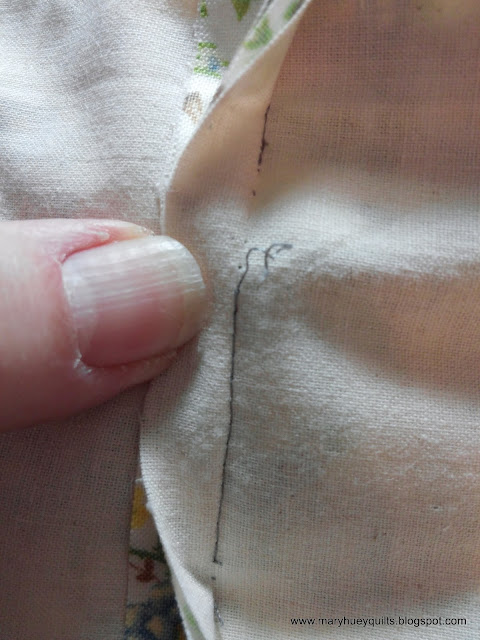 There's the hole for turning the pincushion right side out.  This is the first one I did, so the seam is pressed open, but it was harder to get the seam closed up after the stuffing. 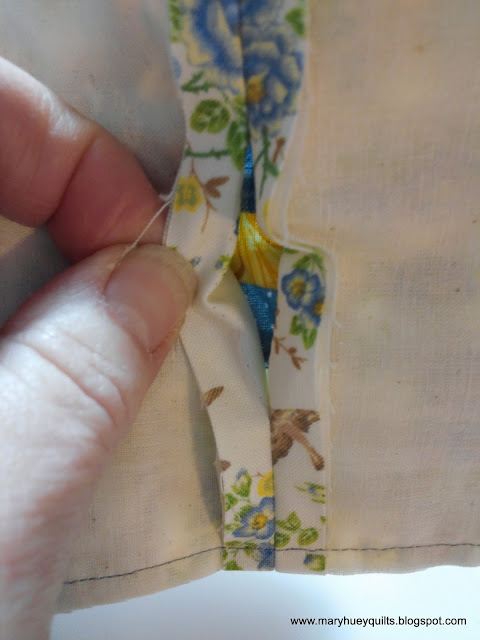 I made a little paper funnel and used a bit of lavendar mixed with ground walnut shells. 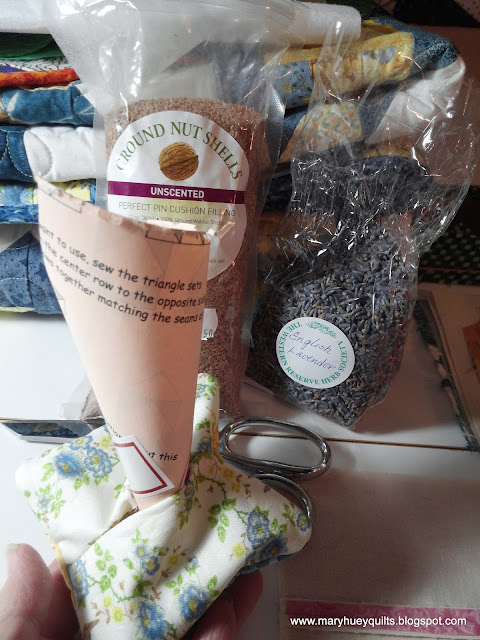 Once the pincushion was stuffed as full as I could get it, it was easy to stitch the opening closed by hand. 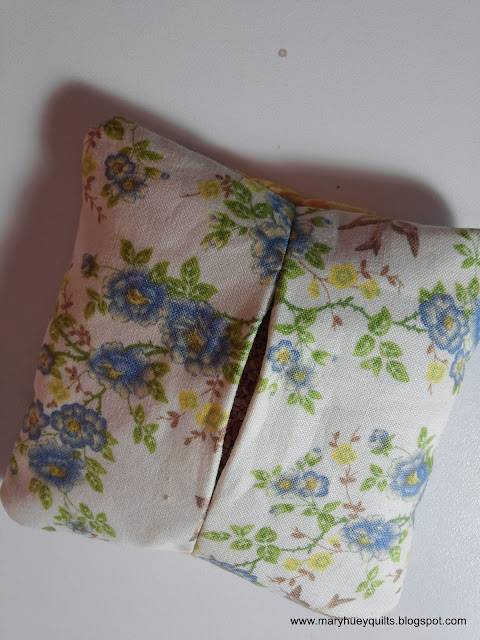 A ladder stitch worked well for me though I kept the stitches very small so there weren't any gaps for the shell pieces to sneak through. 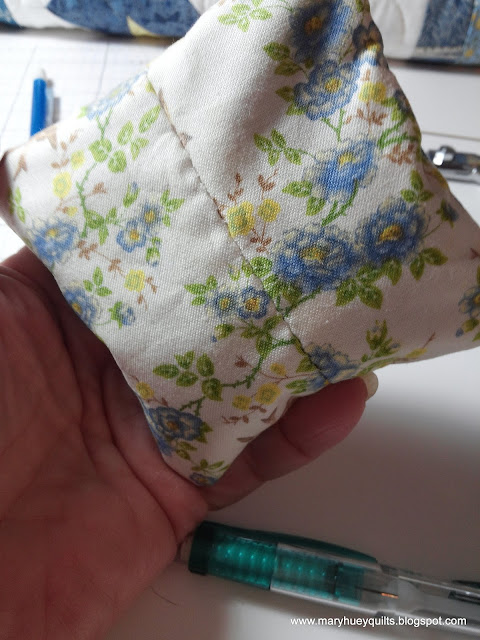 And here is the first one!!  Ready to gift!! 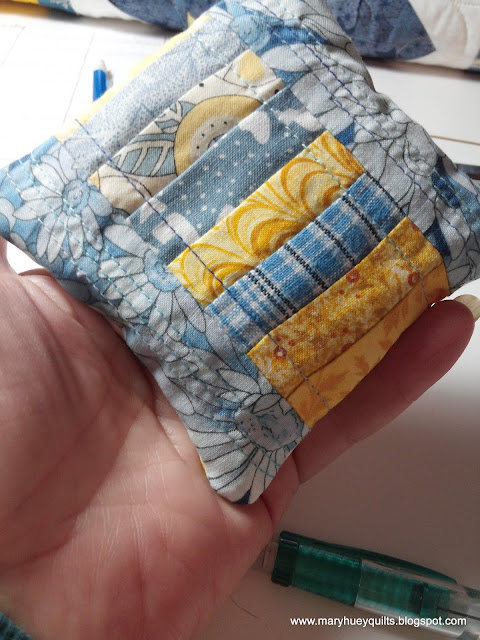 This way makes the closing stitching so much easier than trying to stitch a gap in a side seam.  Plus the pincushion lays flat while you are working on it!!
I'm not sure if I included this little stack of bands in my UFO count, but it's good to have them usefully re-purposed and off the cutting table!!

So what do you think?
Easier?
I hope so!
Just one week and we'll be at the midpoint of winter!