When I made this cheerful sampler of six-pointed stars three years ago, I started the process by pulling lots of prints out of my stash that were suggested by the colors of the border print.  It was quite a big pile so I cut a 3 1/4" strip off each piece to keep the cutting table tidier and make it simpler to be spontaneous about fabric selection for each star. 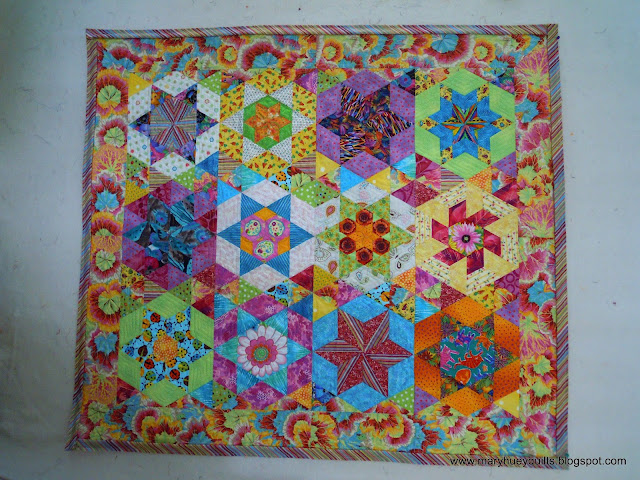 Of course, I cut way more strips than I used so when I started working on a drunkard's path workshop sample a year later, I was delighted to discover they were just the right size for cutting the "pie" shapes.
I wish I could remember the rest of the "inspiration" story -- why I chose the panel I did off the "sacred shelf", how I arrived at this layout?   But I don't and I didn't finish the top, just did enough of it to illustrate an idea in the workshop.
At the beginning of 2015, I decided to participate in the 2015 APQ challenge to finish twelve UFQ's and I put the barely started but really cute drunkard's path on the list!  When it's number came up in October, I was so far behind on September, August, and July that I didn't expect to make much progress.  I pulled it out of the crate anyway and started making the drunkard's path units as stitch-offs as I chain pieced through other (easier) projects. 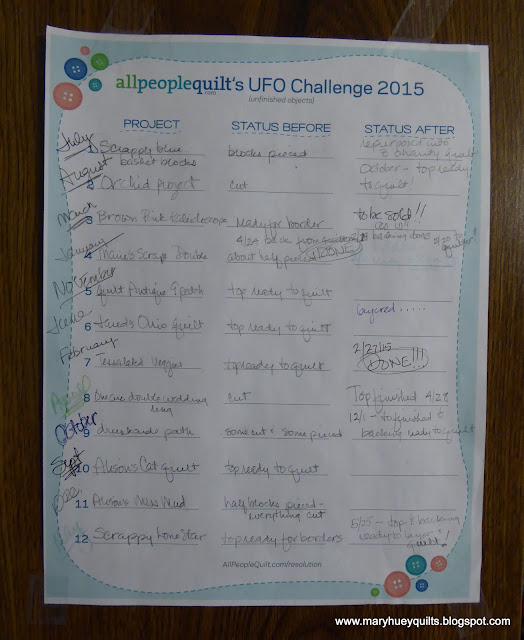 Slowly the units piled up and by mid-November, the end of those intimidating curves was in sight. Once I realized how close I was to being able to assemble the quilt top, I pushed the project to the front of the queue and started putting the finished units on the work wall. 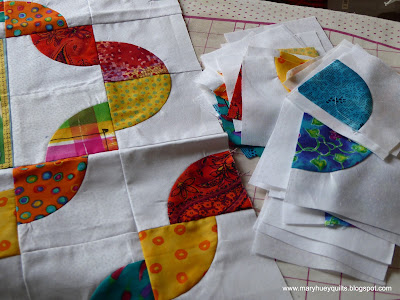 The panels were part of the project from the beginning and I had organized a layout in EQ5 (I really need to update my program). 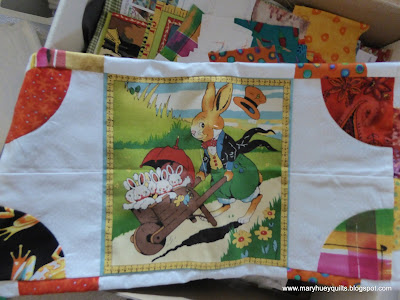 I made all the "L" pieces of the units from assorted white-on-white prints.  The five whimsical panels are centered and equal to two drunkard's path units in size. 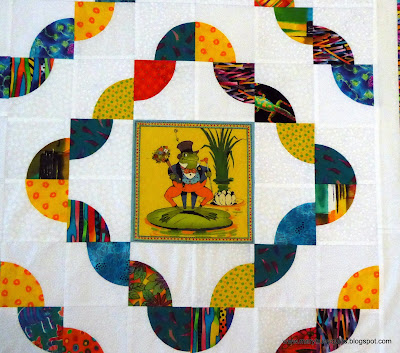 There is a quite a stack of pie shaped cut-outs left from the background fabric -- I'm saving them in hopes that they will work for another project in the future. 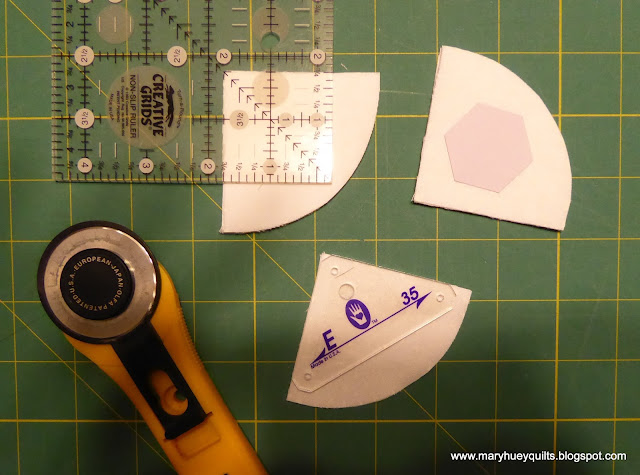 Soon the top was together and ready for borders -- this stripe was perfect both in color and style and I used all of it -- there are only the eight triangles left from trimming the mitered corners. 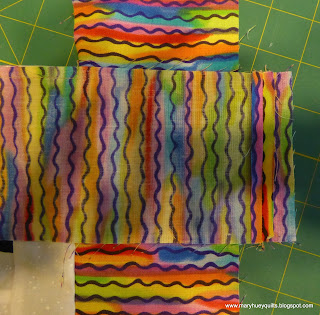 Here's the finished top!!
I've made the backing and now it's going back into the crate for the 2016 APQ Challenge along with the others that didn't get finished (though I did make good progress on four of them and completely finished three of them). 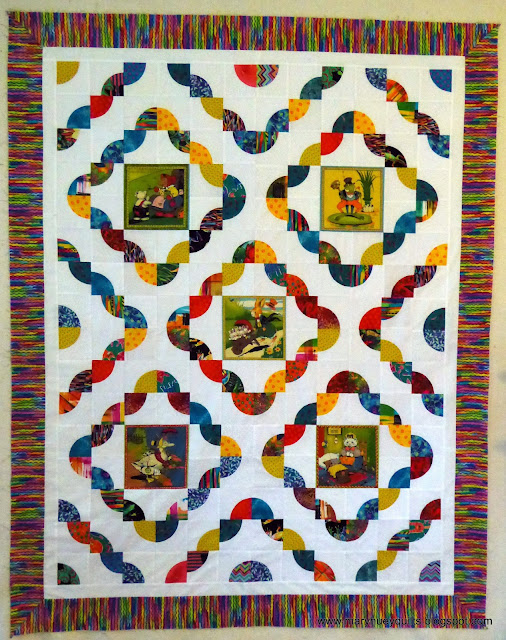 I used Marti Michell's Drunkard's Path Templates for cutting and her instructions (very helpful) for piecing.  If you'd like to have a copy of the layout with some rudimentary information (how many units to make, adjusting sizes, and yardage needed), you can send me an e-mail at maryhueyquilts@hotmail.com and I'll send you back a PDF file.  I also have the templates ($15 plus shipping) if you don't have a local source.
Now I need to get back to the Christmas stitching!!
Have a pieceful week!!
Mary Huey