A couple weeks ago, I shared some of my work in creating this mini quilt for the Kaffe Mini Quilt Swap. 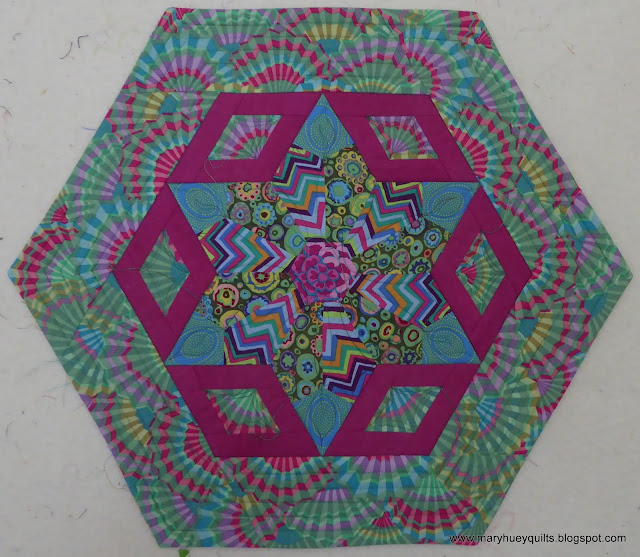 It is now in it's new home with Debi.
I've been waiting patiently for mine to arrive and Thursday morning, the mailman brought a bright yellow box all the way from Brazil!!

So exciting -- like Christmas!!
Look at all these little gems -- charming owl buttons, three hunks of fabric that will push me outside my box, and a bag of sweet treats (those yellow squares are yummy peanut confections). 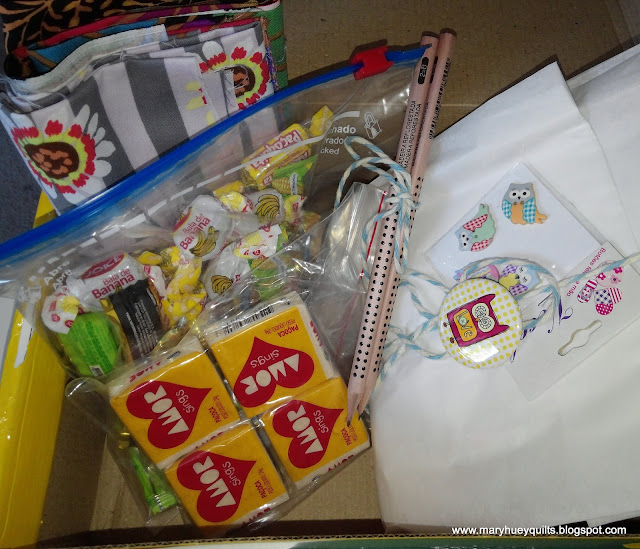 When I pulled the white tissue open, there was a modern wallhanging with three funky "kaffe" birds and lots of quilting! 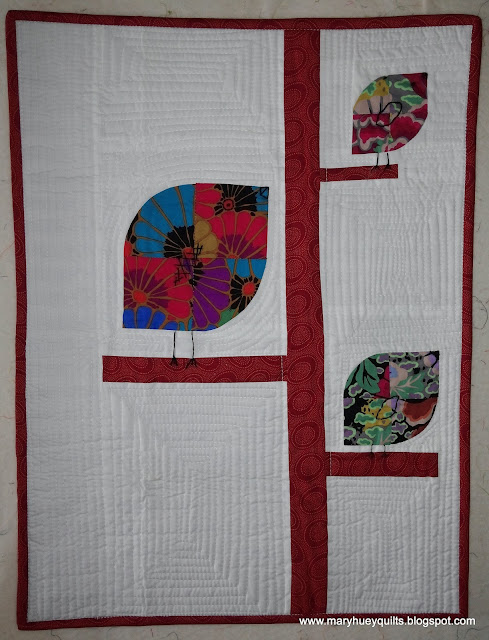 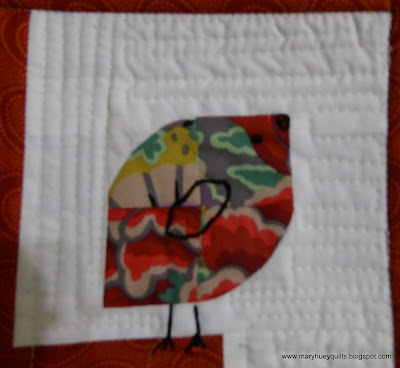 Each one has embroidered details and of course, they will all need named.
They remind me of the antpittas I saw in Costa Rica, so I "googled" to see if there are antpittas in Brazil -- yes!!
So the thinking has begun!!
It was my first mini-swap and getting mine was the most fun!!  I can see why quilters get hooked on these.  I'm not going to join another one this fall but after the first of the year, I might look around for another one.
Off to a stitching retreat this weekend.  No doubt I have packed more than I'll accomplish but one of them is a "stack & whack" that has been cut out for several years and after looking at it laying on my work table for a month, I've had a brainstorm and made a sketch!!  Hopefully, I'll be sharing the first looks at it with you next week.
I hope there is some stitching time in your weekend!
Mary Huey