Just a bit of knitting this weekend but oh, the birding was good!!


I'm just home from a long birding weekend in Cape May, NJ – a bit tired so this may be a bit short.  Cape May is at the southern tip of New Jersey between the Atlantic Ocean and the Cheasapeake Bay in the eastern USA.  For many years, it has been a popular birding destination during spring and fall migrations.  We drove about 1200 miles and birded more or less from dawn to dusk Saturday and Sunday with a morning of it along the coast on the way home yesterday.  Whew!!
This has to be one of my favorite images – mental and photographically – of the trip.  Those are all tail ends of Pintail ducks feeding.  There are over 40 in this picture and there were probably 400 altogether in this area – same position – hardly coming up for air.  I found it quite humorous. 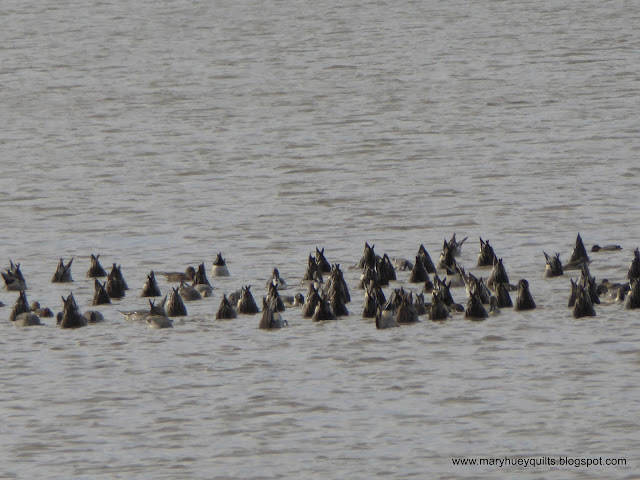 Here'a a picture of what they look like when they aren't bottoms-up -- quite a handsome creature!!

We had a total of 84 species – pretty good considering most of the small song birds have already migrated out of the region.  Fall is almost as challenging a time to bird as spring since the majority of the birds seen are migrating meaning that identifications can be more work since they are birds I don’t see every day.  We were pretty pleased with ourselves as we had to puzzle out about a dozen species that are pretty non-descript at first glance like these shorebirds – gray blobs?  One can tell there are two species because of the size differences but the best field mark at this time of year is the beak – do you see a beak?  We did finally get a peek at their beaks after 5 minutes of watching them through a scope and after lots of page flipping in three field guides, we ferreted out what we are pretty sure they are. 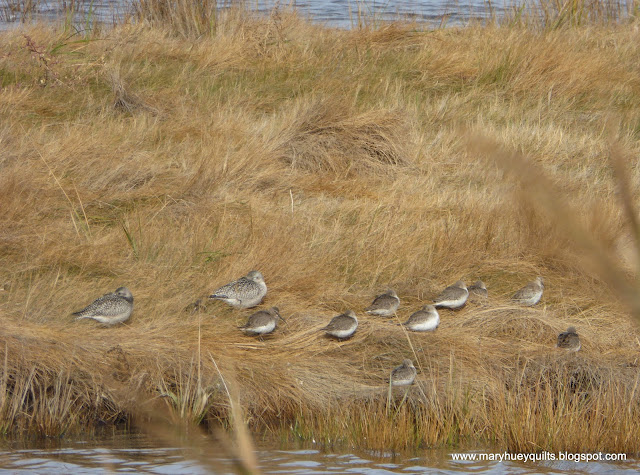 There were still a surprising number of butterflies out and about in the area – the location moderates the climate allowing for a longer insect season that we have here in Northeast Ohio.  There were quite a few Monarchs floating around and lots of these which are called Buckeyes.  The interesting thing about these was that I rarely see one so seeing dozens was astonishing to me. 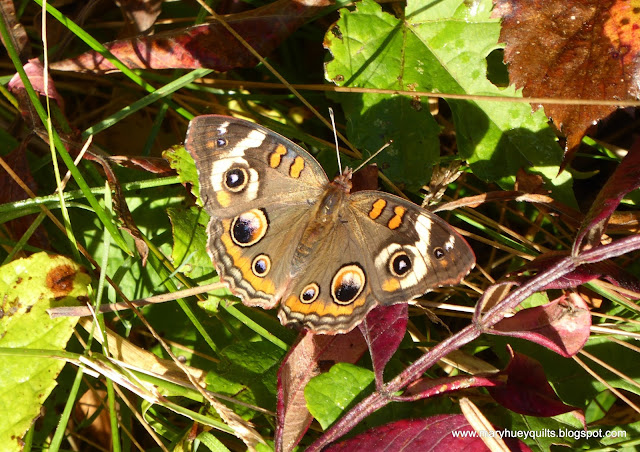 As I was reviewing my photos this morning, I am as pleased with the background colors around this creature as I am with the clarity of the butterfly!!
These are snowy egrets – very pretty – about half the size of a great blue heron if you know that bird.  I was a bit tired by the time we spotted them and could not think of their name -- out popped “fluffy egret” so for the rest of the day, we referred to them as “fluffy” egrets whenever we saw them. 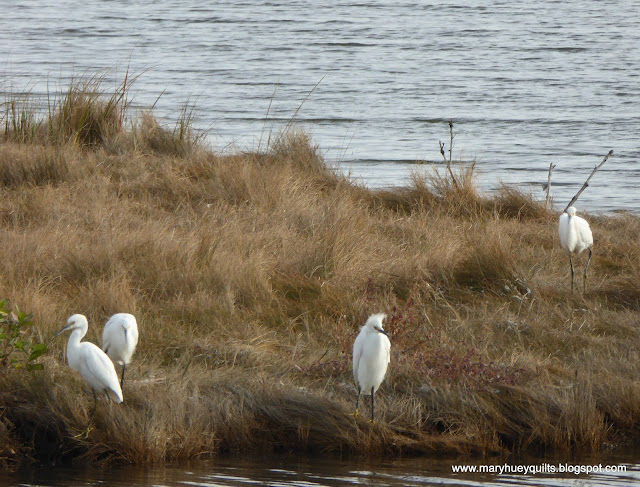 This great blue heron didn't look as awake as the egrets -- he actually looks like he would rather be somewhere warmer don't you think? 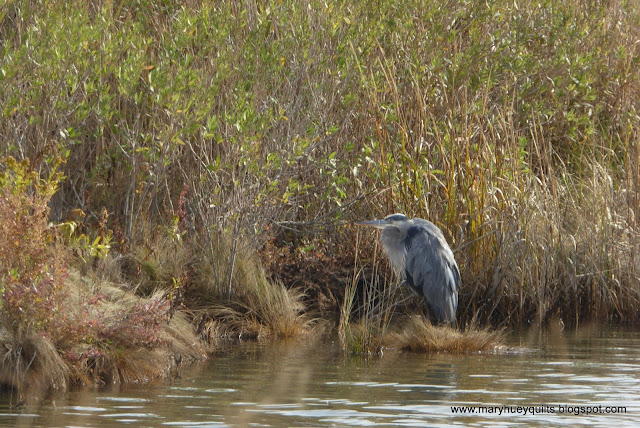 It's back to the studio and the garden.  Today's goal is to finish quilting a small piece and start getting ready for a teaching trip in November.
And there might be a walk in the woods, too!!
Mary Huey