Does that ever happen to you?
Do you find yourself at the end of a project, celebrating a FINISH!!! only to take a nose dive into the abyss of "what to do next"?
That's where I was a few days ago -- the Kaffe Mini Swap was finished (two weeks early??) and I was headed on a little vacation.  I was actually packed and had done as much prep as I could for a teaching trip a couple days after my return.  My entire body was vibrating -- the oddity of being ahead of time for a change and the worry that I was forgetting something whipped me up and the only thing to do done was stitch myself down off the ceiling.
I could do a bit more quilting -- only the borders left but the design plan is still vague for it. 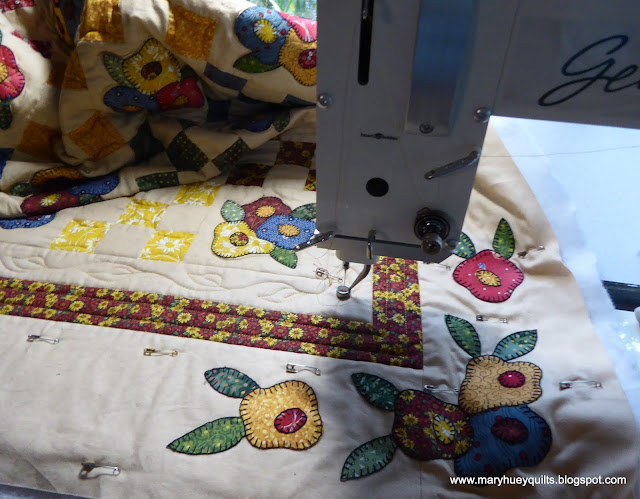 I could start the silver cape project -- nahhh -- too much wingin' it pending on that. 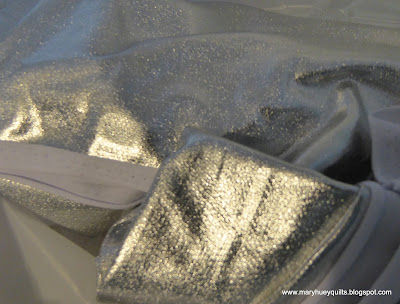 I could do a bit of hand quilting, but someone got there before me -- hope he made some noticeable progress!! 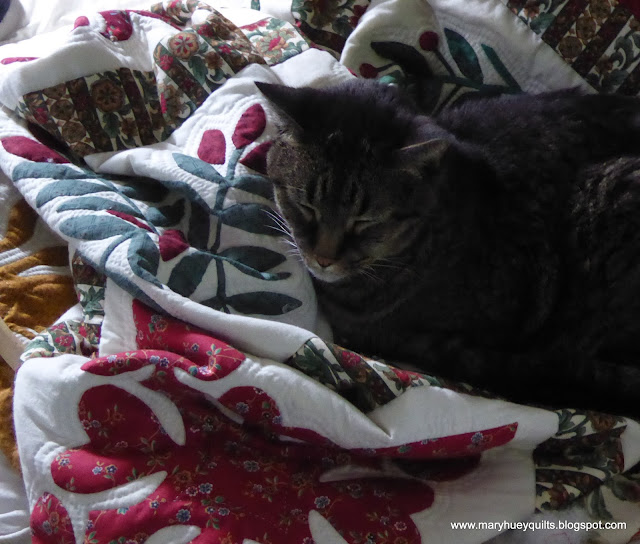 I could figure out what fabrics to put with these kaleidoscope cuts that have been laying around for a couple years.  Like the colors but would prefer prints. 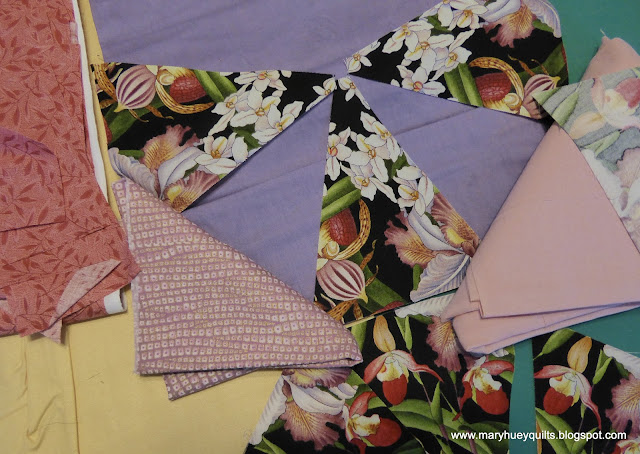 This soft book panel surfaced during the August tidy-up -- it's all cut and ready to assemble.  I need a baby gift soon -- nahh. 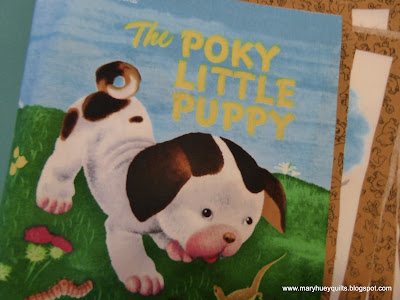 I need to cut another batch of pieces for eight more of these blocks. 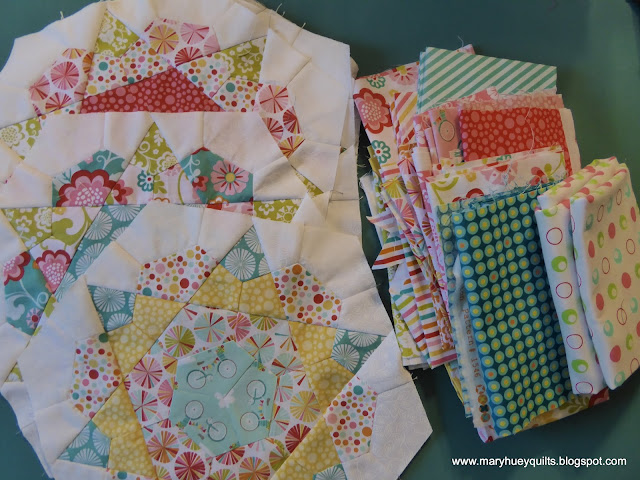 But first, let's look at them on the work wall -- nice!!
That dot is going to work for the setting triangles. 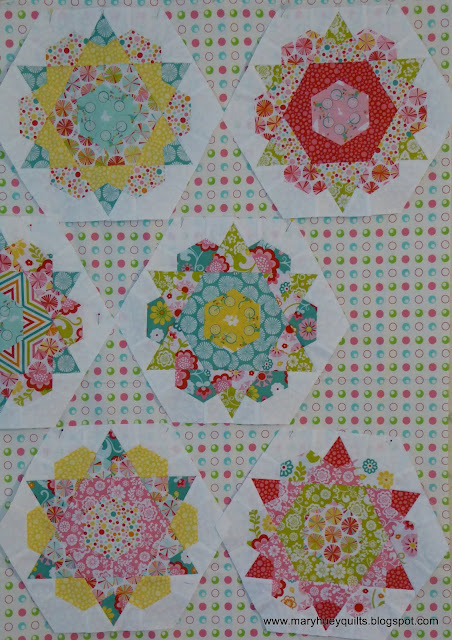 When I arrived at the cutting table, the 2 1/2" strip box was sitting there -- might as well tidy it up a bit.  I've been meaning to pull strips out of it that are at least 18" long for a scrappy trips around the world. 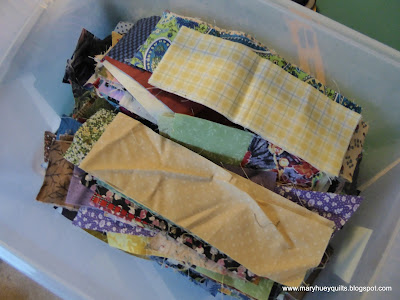 And I pulled a dozen sets to cut for Glitter blocks from Quilt Lovely by Jen Kingwell! 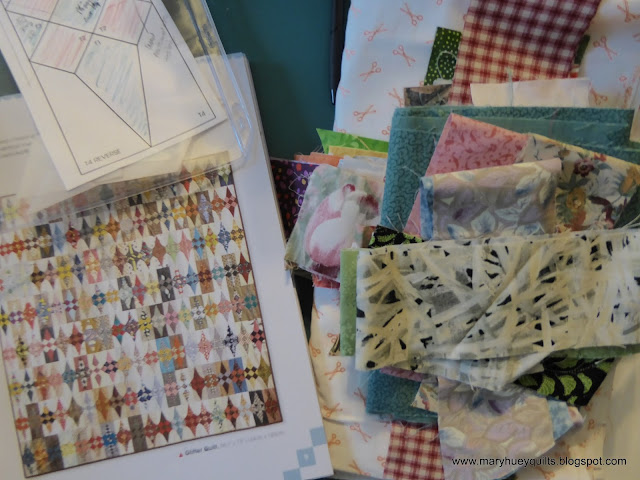 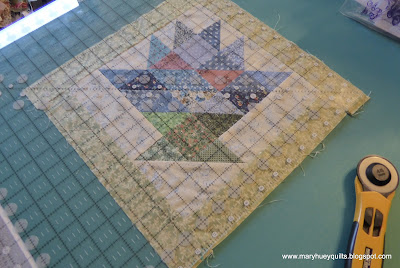 and put them up on the work wall ready for the final assembly of the top. 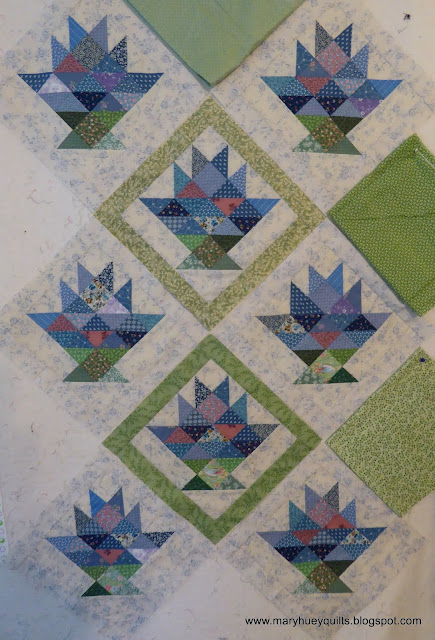 Thank goodness, it was time to fix supper.
The spinning sensation has passed at this point but I definitely have too many options!
I feel more focused today and have prioritized a couple projects so it's back to my productive zone.
I don't like spinning!!
Mary Huey