Today I've been quilting a teaching sample and unpacking from my annual student retreat.  I'm guessing we have been doing this weekend in January for over 10 years -- you can see what a lovely space we have and most of those windows look out over winter farm fields in Ohio Amish country. 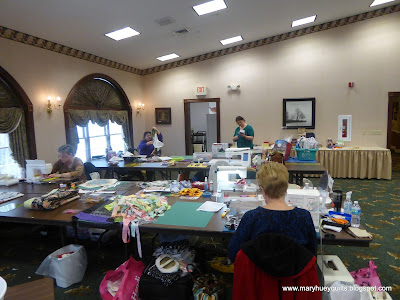 It was a productive weekend for all of us.  As everyone arrived on Thursday, I had them write down their goals on individual slips of paper.  As the goals were reached, they deposited them in a basket for a drawing to win a small (finished) quilt from me at the end of the retreat.
We averaged 3.6 goals achieved!!

I finished this quilt top which is a workshop sample for Dresden Stars.  That's what I'm quilting today so we'll get back to that another day. 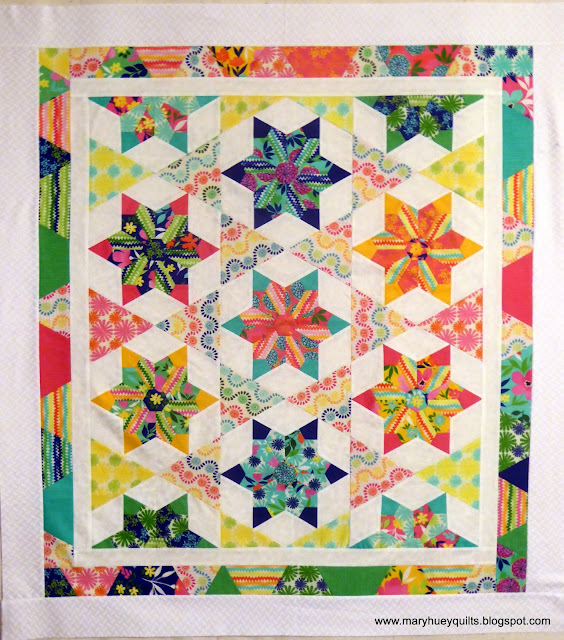 Many of us took turns taking advantage of the large empty tables in the center of room to complete some tasks that require more space than we have at home.  I basted two of the borders to my Value Proposition Quilt from Karen H's last sew along.  This pattern is now available in her Craftsy Shop. 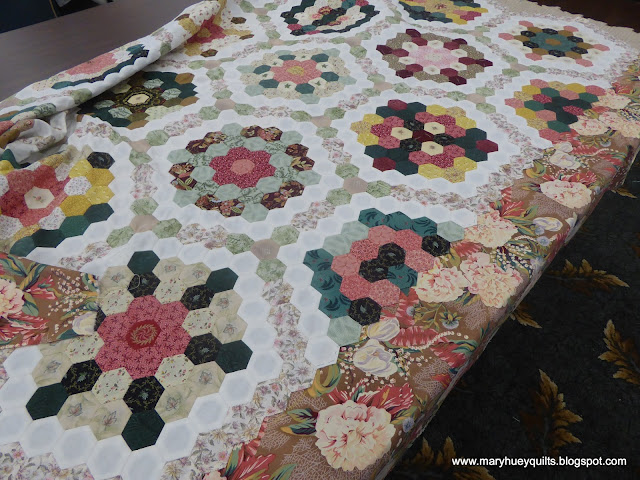 This elaborate braid quilt kept returning to the center tables as Syd set the bands together and added the borders -- spectacular isn't it?  It's from French Braid Transformation by Jane Hardy Miller. 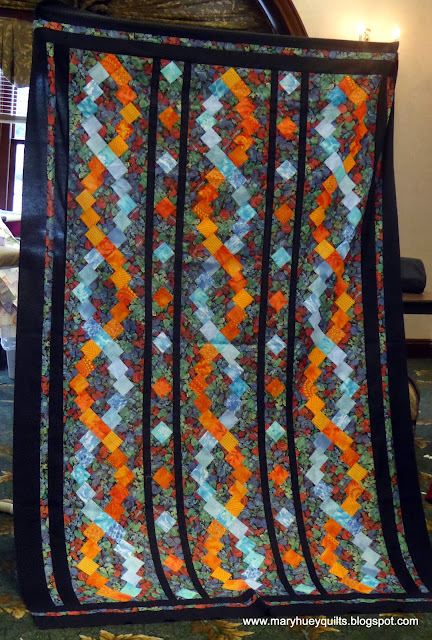 Monica took the record for the making the most of something -- 22 burp cloths -- her first grandchild is due any minute and while she was making him some, she just got carried away. 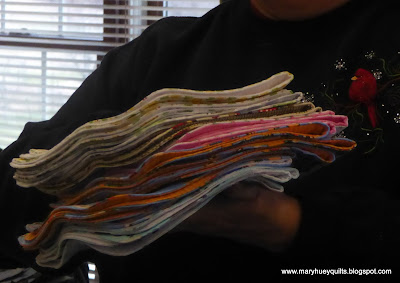 I was delighted to see this gem that Caryn started in my first Hexagon and Allies Seminar a couple years ago.  So inspiring!! 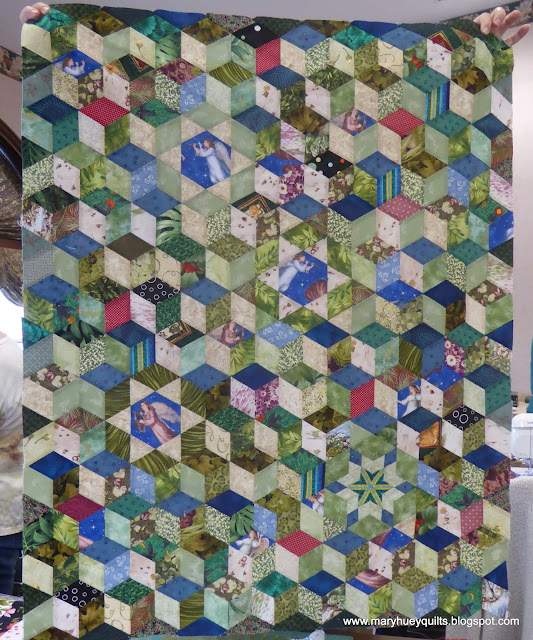 These cups were inspired by Jan Mullen of StarGazey's pattern, Cuppa, back at the turn of the century (LOL).  I think she was one of the first Aussie designers to get American quilters excited.  This is Syd's collection from her Friendship block exchange group which has been together for over 25 years. 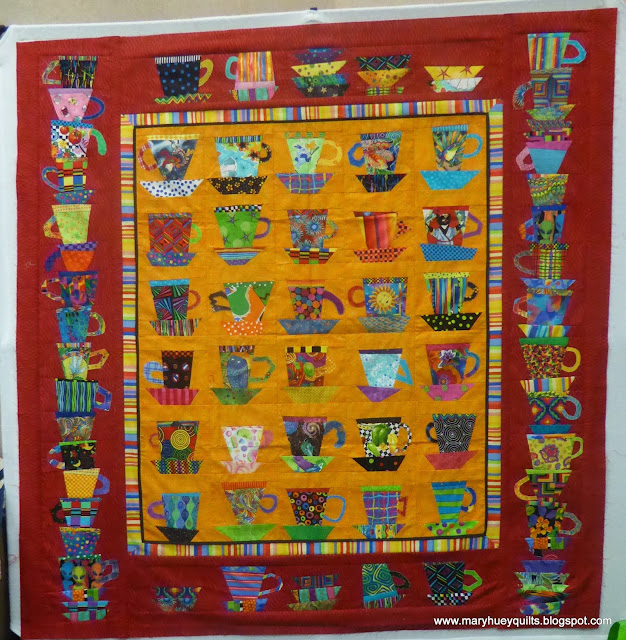 And here are some bands of blocks going together for my Marie's Scraps pattern -- I love seeing other interpretations of it! 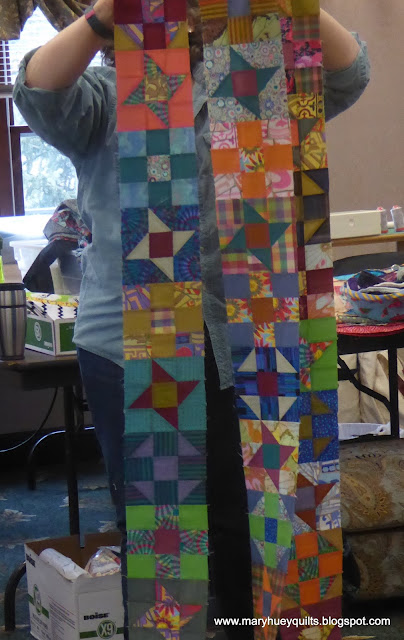 Without a doubt, Prudie provided the most entertaining project and by the end of the weekend, everyone was participating in it one way or the other.  She is making "bras" based on Lori Holt's Support Group pattern -- here are the "jugs" -- each block has a sassy theme.  The laughter generated was a real blessing to us all!! 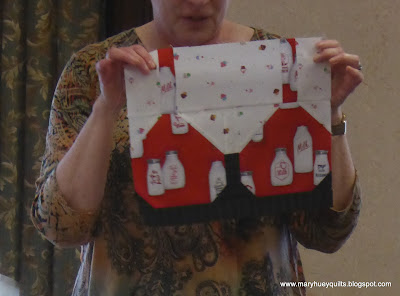 And finally, Jan (peaking out at the left) brought back her HUGE Storm at Sea to show us.  She started it in a workshop with me using Marti Michell's template set and it came with her to, let's just say, several retreats.  Now it's finished!! 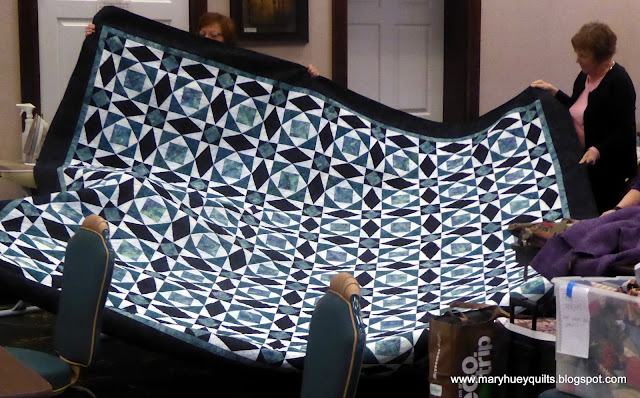 It's always so much fun to see the variety of fabrics my students are using!  This I Spy will soon be some lucky boy's treasure. 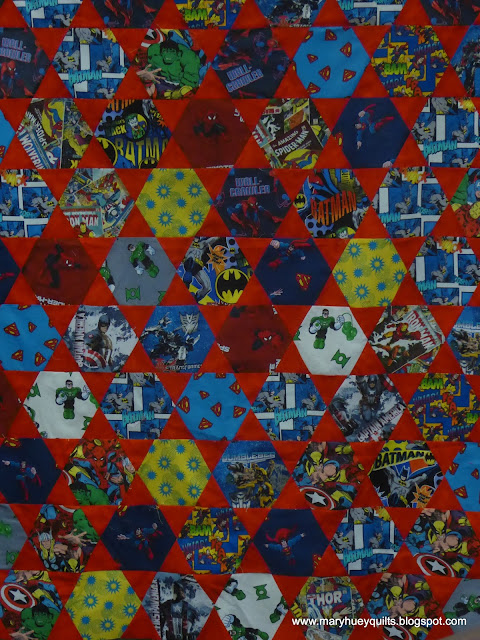 I'm thankful for this group of quilters -- they've been following me around for a long time and provide lots of inspiration and encouragement!!
I hope all of you have similar quilting friends!
Back to the quilting!!

Email ThisBlogThis!Share to TwitterShare to FacebookShare to Pinterest
Labels: retreat